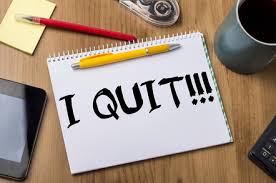 Cripple Creek has become the latest town that is in search of a head city manager/administrator.
In fact, the gaming community will be searching for a total of three key positions in the near future. “Here soon the ends of this panel will look quite different,” said City Administrator Ray DuBois at the close of last week’s regular meeting. He was referring to the fact that the city currently has vacancies for the city administrator, city clerk, and city attorney positions.
At the beginning of last week’s regular meeting, DuBois announced his resignation. He didn’t specify too many details. Then at the end of the meeting City Attorney Lee Phillips announced that he will be retiring from practicing law. Then at a previous meeting, City Clerk Margaret Reyna announced that she will be leaving to go back to Texas.
As a part of DuBois’ announcement, he asked for an extra item to be put on the agenda. The last agenda item was a presentation from Clay Brown, a regional director from Department of Local Affairs. Brown was brought to explain options to the city for finding a new city administrator.
Brown took the floor during the meeting and brought up various options that other municipalities use to replace their head positions. According to Brown, the first step in finding a new city manager or administrator is to select an interim manager who will complete the job until a new head administrator is found. For example, the city of Woodland Park made City Clerk Suzanne Leclercq their interim city manager when David Buttery recently retired.
However, Brown cautioned that this option may not be the best choice. He said that sometimes the person nominated to be interim manager could have problems completing their job and the interim manager position at the same time. He went on to explain that some municipalities such as Green Mountain Falls benefit from hiring an outside interim city manager. “Sometimes an outside interim manager can bring new ideas to the city,” Brown said.
Brown then went on to discuss the city’s options in actually finding and hiring a new city administrator.
He said that some city officials choose to use their own human resources department to find the new leader position.
“Sometimes the HR director will feel like they are put in a difficult position when they are tasked to pick their new boss,” Brown said.
He also said that if the city chooses to hire an outside interim manager, then that person sometimes helps find the person to permanently hold the position.
The last and most common option Brown offered was to use a recruiting agency to find candidates that are a good fit for the position. The process would then be similar to the process the city went through to find a new fire chief. Brown said that it was a possibility that the city could use the same agency to find a new administrator. Brown also recommended that council set up a panel of managers to review applicants as well as schedule a meet and greet session open to the public for the final candidates.
The resignation of DuBois came suddenly, but city council still has about a month to make a final decision.
DuBois plans on officially leaving his position sometime in July, but it may depend upon when council finds and names an interim manager to temporarily fill his position.
The change of city administrators is not new to the city. Over the last decade, the city has gone through about five interim and full-time head city bosses.
DuBois became the city manager in late 2014.