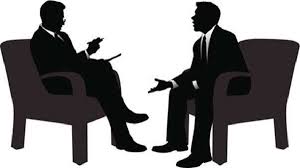 ~ by Bob Volpe ~
It was another packed agenda at last week’s Woodland Park City Council meeting, highlighted by appointments to the DDA (Downtown Development Authority), a presentation by CPW (Colorado Parks and Wildlife) on the deer problem, and a construction contract to improve Park Street.

Mayor Levy began by asking council if perhaps the appointments should be postponed until the judge hands down his verdict in the lawsuit between the DDA and Arden Weatherford, owner of BierWerks. Some believe the outcome of this suit could determine the next fiscal direction of the DDA.

Levy’s suggestion, though, was overruled by council. The matter then went to interviews of the candidates. There were four applicants for the two seats. incuding Pete LaBarre and Nikki Parsons. In addition, the two incumbent members of the board, Merry Jo Larsen and Jan Wilson, are seeking to stay on the board.

Councilperson Hilary LaBarre recused herself from the issue due to her ties with Pete LaBarre.
The four applicants were questioned by council one at a time as to their reasons for applying, their qualifications, their eligibility, and what they believe are the most pressing issues facing the city. 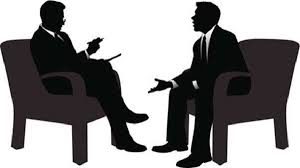 Tribute to a champion of the poor
The DDA appointments were then followed by a proclamation by Levy touting the achievements of the late Greg Schilling. According to Levy, Schilling was a true champion of the poor and needy in Woodland
Park and Teller County. Levy read a list of Schilling’s history of helping the poor and needy of the community. “He started and ran Help the Needy, which still serves the community after 37 years; he started the forest fire taskforce after the Hayman Fire of 2002 to provide aid and services to victims of that blaze, he brought the Red Cross blood drive to the city; he started an after school program for children
whose parents were working, he started what is now the community cupboard; he started the clothes closet to provide coats and clothing for children in need; he served as a voice for the poor at Teller
County commissioner meetings; and he worked with the state government to revamp the welfare rules to be a more effective use of funds.”
The proclamation declares July 5 as Greg Schilling Day. Levy then presented Schilling’s widow, Peggy Schilling, with the mayor’s pin and a copy of the declaration.

Following the Schilling proclamation, resident Susan Connelly and her husband addressed council regarding violations to city codes by short term rentals in their neighborhood. 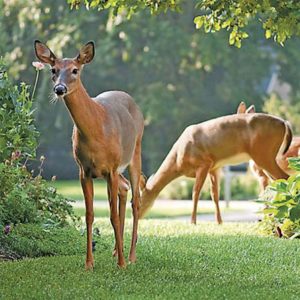 Parks and Wildlife Officer Tim Kroenig also made a presentation on the deer problem in the area. For more information,  see related stories in TMJ News.
City Finance Director Mike Farina was next at bat. He gave a presentation on the financial status of the city. In a nutshell, the city is running within budget and is doing better than last year.

During the consent calendar portion of the meeting, the council approved a
contract to paint the water tanks on Gold Hill and Country Ridge to the tune of $54,500.00, approved a statement of expenditures to allow the mayor to pay some bills.

The only item that drew discussion on the consent calendar was a proposal to spend $668,518.50 on a contract to improve Park Street drainage and roadway.

Mayor pro tem Val Carr spoke about his conversations with staff about possibly doing some of the work in-house. Public Works Director Kip Wiley confirmed the city has purchased a striping machine and is
learning how to use it and will be doing the road striping in-house.

Resident, Bob Carlsen objected to the price tag on the Park Street project and called it, “A terrible waste of taxpayer dollars.”

These comments, though, weren’t supported by the council.
Case disagreed with Carlsen and said, “Anyone who lives on the lower part of Park Street will be more than happy to see the project done. And I have confidence in our engineers, with the
work that needs to be done there.”

Sawyer asked Carr if he was okay with the price tag.
Carr responded, “I saw the comparative bids and this was actually not the high bid.”

Levy then asked Wiley how many bids were submitted. Wiley said that three contractors showed up, but only two submitted bids. The high bid was $793,000. Levy then wanted to make it clear to the press  and public that the city took the lower of the two bids.

No News on City Manager Selection
Also, last week no new development were reported regarding the selection of a new city manage to replace David Buttery, who stepped down last April.
City officials reported recently that they had narrowed the field down to the final three. Two of the finalists are from Colorado, while the other contender is from Kansas. For more information on the finalists, visit www.mountainjackpot.com or Mountain Jackpot Facebook.