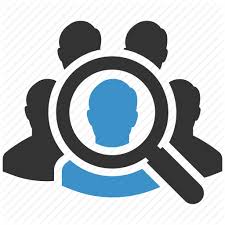 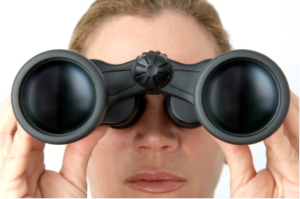 
All three finalists offer a variety of backgrounds, with two candidates coming from other parts of Colorado, with another contender from Kansas. For the most part, they have received plenty of praise and offer extensive government experience; but a few questionable skeletons linger in their respective closets.

The first on the list is Jonathan Batt. According to a city press release, Batt is managing partner with Oracle capital management and holds a jurist doctorate degree from the University of Denver. His previous experience includes serving as financial program administrator for the city of Aurora and as town manager for the town of Calhan,


Education includes degrees in Economics and Law including Natural Resources and Environmental Law. According to Batt’s bio, he considers his strongest ability to create resources to get things done.


Batt turned down the job offer in Ouray. Alan Todd, editor of The Ouray County Plainsdealer newspaper, in an email response, stated that the reason for Batt’s decision was unknown.


A cursory background check indicates Batt has one lien or bankruptcy on his record, but this could not be confirmed.

The next finalist is Kendal Francis. According to the release, Francis recently served as city manager of Coffeyville, Kansas and holds a bachelor’s degree in political science from Kansas State University.


A deeper search of Francis finds, he resigned as city manager of Coffeyville in March of 2018 after serving for just under three years. He was scheduled to renew his contract with Coffeyville the following
August.  Coffeyville Mayor Paul Bauer said of Francis’ resignation, “We see ourselves moving in different directions at this point and, in fairness to Kendal, the Commission thought it better to release him from his contractual obligations to the city and allow him to begin searching for new employment prior to the expiration of the contract. We wish him the very best in his future endeavors.”


The underlying question as to why Francis resigned is somewhat of a mystery to the folks of Coffeyville. An internet search of Francis did not reveal a clear reason for his resignation.


According to an article by a Coffeyville journalist Jim C. Taylor whose site goes by the name “Jim C’s Journal,” titled “Questions Needing Answers,” Jim C wrote, “Your purposeful scheduling of the budget work sessions away from broadcasting facilities and a welcoming location for citizen attendance is a very disappointing action. Even more alarming was the open discussion of commissioners and staff about the serial phone discussions about our commissions business that was taking place with Kendall Francis, some commissioners and staff.”

Some of Taylor’s specific concerns regarding Francis dealt with city revenue falling to the level that the city needs to cut expenditures and services by $800,000.00 to meet statutory requirements; not negotiating at any level for wage increases for city employees; recommending that the city hire no professional to negotiate upcoming labor negotiations; requiring that the governmet cut services or employees to raise fees to cover the costs if revenues are still insufficient next year; imposing cuts in the dollar value of Coffeyville bucks, given to city employees for year-end spending at local businesses; questions about serial calls or emails on city budget or management  matters reportedly  made by Kendall, the staff and the commissioners, which may have resulted in certain agreements.

Darrin Tangeman
The third  finalist, is Darrin Tangeman. According to the release, Tangeman’s qualifications include; chief administrator officer for Pueblo West, a masters of public administration from the University of Colorado at Denver, and he was a U.S. Army Special Forces officer (Green Beret).

Background information on Tangeman turned up very little, except for a few articles written about him.

In an article in the Pueblo West View, the publication wrote, “In Colorado, Darrin Tangeman, a U.S. Army veteran and chief administrative officer for the Pueblo West Metropolitan District, is the co-founder of the Veterans Local Government Fellowship, which aims to transition those with military experience into public service positions in local government.” The news release stated, “It’s a program that Tangeman has built largely on his own. But it’s something that is laying the foundation for something
bigger. The International City / County Management Association has taken an interest in the program and is looking to replicate it in other states.”


A Pueblo news magazine called The Pulp wrote another article regardingTangeman’s response to resident concerns about weeds overtaking areas of Pueblo West. They wrote, “Tangeman wants to start with connecting better with the residents.” “They (the residents) aren’t engaged in the community as I would like them to be,” Tangeman said. “I think they could be advocates for community improvements and improving the quality of life here.”


His remedy so far has been trying to reach residents weekly through articles written by board members for the Pueblo West View, a free weekly Pueblo Chieftain product that serves the growing community of
about 30,000.”


Tangeman’s Twitter page is full of posts about past and upcoming events that he has attended, and that inform residents of other events.


Leclercq, in a press release explained how Woodland Park officials got to this point in the search for a new city manager. The release stated, “The city contracted with the executive search firm CPS HR Consulting, and has been engaged in a comprehensive recruitment. A competitive pool of candidates from across the country underwent a series of interviews to narrow down the pool from over 130 candidates.”

This is the most candidates that have ever applied for the highly touted position as the head city boss. Since the mid-1980s, Woodland Park has sported five city managers, most of whom don’t last more than six years.