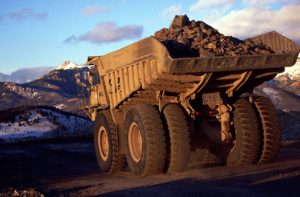 Compared to most amendment project expansions pursued by the Cripple Creek & Victor Gold Mine, owned by Newmont Corporation, this one may go down as the most uneventful in recent memory.

The new proposed change occurred to incorporate an area formerly outside of the mining boundary, which was filled inadvertently by the previous mine owner with four huge development rock piles.  The piles were associated with previous work at the Chicago Tunnel.

County Planner Dan Williams described the action as minor housekeeping at last week’s commissioner’s meeting. “Bottom line:  There is no development, additional activity of operational impact from Amendment 12,” said Williams. “There is no impact to adjacent or adjoining property owners or the cities of Victor or Cripple Creek. The Teller County CCMOD (the Cripple Creek Mining Overlay District) is unaffected and neither the historic buffer area nor the agreement for the historic buffer area is impacted by Amendment 12.” 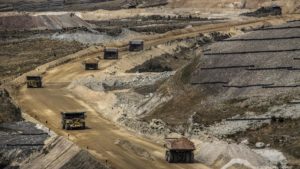 Williams explained that the discovery of the rock piles was reported by Newmont officials, shortly after they purchased CC&V from the previous South African owners. He also said they have removed the rock piles in question and that there were no chemicals or dangerous processing associated with the rocks.

The rock piles were placed in a specific location by the previous owners, Ashanti-Anglo Gold, as part of an effort to open the Chicago tunnel for a limited exploration, linked to the possibility of launching an underground operation. But when Newmont acquired CC&V, it didn’t want to pursue this underground mining plan at the current time, or any work associated with Chicago Tunnel.

Still, despite Newmont’s vigilance in reporting the rock piles to proper authorities, it was issued a notice of violation by the Colorado Division of Reclamation Mining and Safety. However, this action was done more to allow the mine to take in the new property that was part of what official termed as  the “affected lands boundary.”

At last week’s meeting, new CC&V manager Mike Schaffner agreed with Williams’ assessment and thanked his office for their cooperation. “This is an administrative action,” said Schaffner.

The CC&V general manager actually spent most of his time addressing current operations, such as the road work on Teller 821.  He said the extensive paving and improvements associated with this road should be completed by mid-July.

With this work, the mine will be permitted to use more trucks to haul material to their operation in Nevada.

The commissioners had no objections to the amendment and unanimously passed an ordinance that would bring in another six acres into their mining property. With this change, CC&V now owns a 6,007 acre area in the Cripple Creek/Victor district.

Commissioner Norm Steen asked the mine officials if better improvements should occur in marking their boundaries, via a fence, or by other means. Schaffner, though, didn’t believe these steps are necessary as most drivers accessing their property use sophisticated GPS systems. Williams agreed, and stated that revised and accurate surveys of the property have occurred.

Steen also asked the mine officials about an estimated increase in truck loads in hauling material from the CC&V operation to Nevada. Schaffner stated that this increase would probably occur from four of five a day to possibly 15.

But he and other officials noted that the general public would probably not notice any impacts.