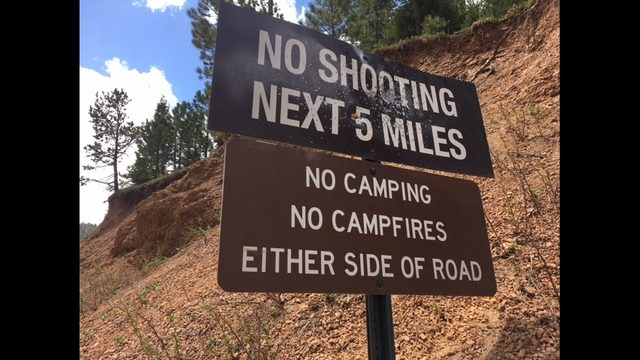 The Teller County Sheriff’s Office has faced a bombardment of illegal incidents related to firearms, a further indication that times are changing in our rural burg.

Since the beginning of 2018, authorities have handled a growing tide of serious crimes, involving attempted murder, shootings, big drug cartel cases, massive seizures of illegal marijuana-grow operations and substantial arrests. This trend shows no signs of a letup.

It all started when dispatchers received a call that a man had been shot on Forest Service Road 379. 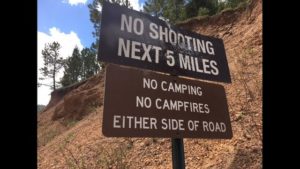 According to a press release sent out by the sheriff’s office, on May 12, 52-year old Colorado Springs resident Michael Fletcher and his grown-up daughter were in an area about a half a mile off of Gold Camp Road collecting brass from spent shell casings. They thought they were out in the woods alone when suddenly gunshots sounded and they saw bullets landing all around them. They were unable to see any shooters nor tell which direction the shots were coming from.

Fearing for their lives as the shooting continued, they jumped behind their vehicle to seek protection from the unexpected gunfire. As they were trying to use their car as a shield, the attempt became unsuccessful when Fletcher was struck by a stray bullet. According to the report, the bullet went all the way through Fletcher’s shoulder.

Fletcher was then transported to Penrose Main Hospital located in Colorado Springs and underwent surgery. Although his injuries were serious, Fletcher is expected to recover.

The investigation has been on-going since the incident took place. Upon arrival, deputies were unable to locate the shooters. The detectives working on the case have not been able to rule out the shooting as an intentional act, but they have reasons to believe that the incident occurred accidentally.

The detectives think that there were one or more people in the area that were illegally shooting near Fletcher’s location. They believe that the shooters were unintentionally firing their guns in the direction of where Fletcher and his daughter were collecting brass when the stray bullet injured him.

The investigation is on-going and the sheriff’s office asks anyone that may have information about the incident or saw shooters in the area around the time of the shooting to call the office at 687-9652.

After the shooting, deputies, and detectives were active in the Gold Camp Road area patrolling and investigating the shooting that sent a Colorado Springs man to the hospital with a gunshot wound. The next day, the deputies made contact with a man who was on Gold Camp Road. 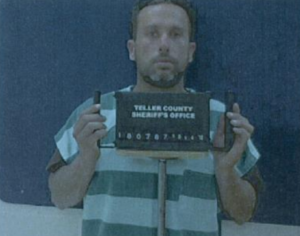 The deputies ran the man’s identification information and learned that he was a convicted felon. Once the deputies searched the vehicle, they discovered that he was illegally in possession of multiple firearms. The 40-year old man, Robert Barker, illicitly had two pistols and three semi-automatic rifles with him inside his vehicle.

Barker was arrested and booked into the Teller County Jail on charges of possession of a firearm by a previous offender.

Upon further investigation, the deputies were able to rule out a connection to the two firearm-related incidents. They found that there was no link with Barker and the shooting that took place the day before, resulting in the hospitalization of 52-year-old Michael Fletcher.