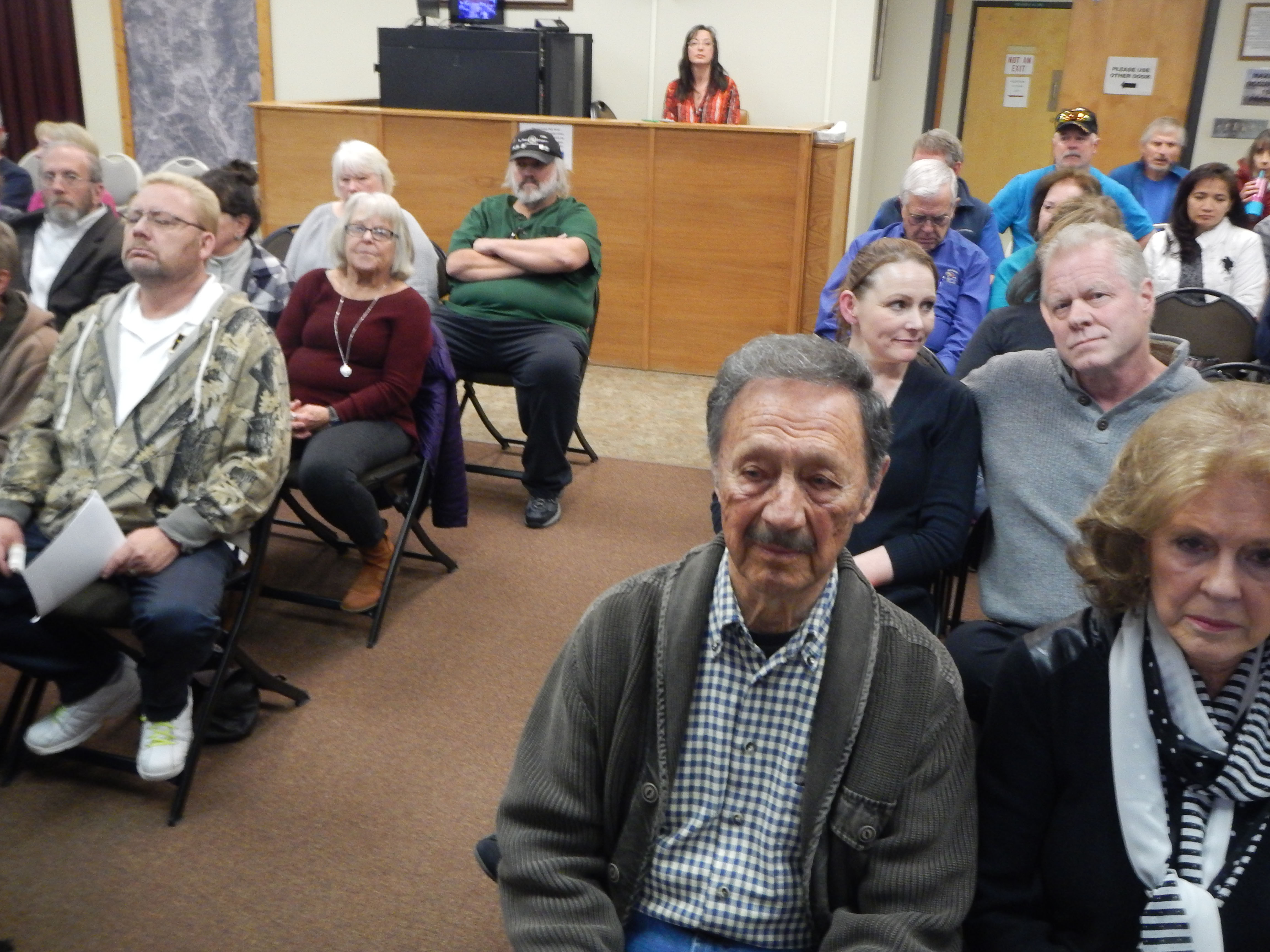 ~ By Bob Volpe ~
The room was packed with residents from Morning Sun subdivision at last week’s regular meeting of the WP Planning Commission.

At issue was a request by Quaking Aspen Village representatives to reconfigure a 2-acre section of their 13-acre plot adjoining the Morning Sun subdivision. Quaking Aspen Village wants to shuffle a 2-acre section zoned community commercial from its current location next to Hwy. 24 to Morning Sun drive. The rezoning was vehemently opposed by Morning Sun residents.
In a move that surprised many, Planning Director Sally Riley gave a presentation culminating in the commission’s recommendation that the rezoning be denied. Riley cited eight reasons to deny the request. Among the reasons are: the move is more intensive than what constitutes
community commercial zoning; the move would jeopardize Morning Sun property values; the move does not conform to Woodland Park’s comprehensive plan; the plan is not in harmony with existing uses; the plan does not preserve the unique and natural topographic features of
the area, it will increase traffic; and the move will decrease the enjoyment of area property.
Quaking Aspen representatives Pete LaBarre and Eric Smith argued that typical commercial property usually exists on corner lots and that their plan would do that. They also argued that the comprehensive plan is not a regulatory document and it can be amended to appease
development.
Unfortunately for them, their arguments faced a tough audience.
No less than seven Morning Sun residents spoke in opposition to the rezoning during public comment.
Their concerns included many of the same issues mentioned in Riley’s recommendations to deny the rezoning. Other issued raised by the residents included light pollution, noise, and traffic if the rezoning was approved.
In the end, the commission voted unanimously to deny the request. This
is not the end all to the rezoning, however. The planning commission is not a legislative body. They only make recommendations to city council.
The recommendation to deny is now forwarded to the city council that will hold the initial posting of the request on May 17. There will be no public comment on that date. The public hearing will be held by the council on June 7 and will be the final say on the issue.
Public comment will be heard at the June 7 hearing.