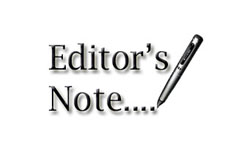 Editor’s Note:  Enclosed is a letter read to the Woodland Park City Council last week by Sherry Carr, the wife of Woodland Park Mayor Pro Tem Val Carr. It pertains to specific controversial statements voiced at a previous meeting regarding the selection of a new mayor pro tem, and other social media reports.

To (Woodland Park) Councilwoman Harvey: I was in the audience at the last council meeting when you stepped way over the line and publicly brought up the private matter of Mayor Pro Tem Val Carr’s health.  Health matters should be handled with discretion, respecting an individual’s right to privacy, as is required not only by law but also by a much higher standard, that of human decency. Our city government has always done so, up until 2 weeks ago. You, Councilwoman Harvey, obviously were not thinking clearly when you chose a public forum to question my husband’s health and his ability to serve as mayor pro tem.

Perhaps I may have missed something in your qualifications to make such a declaration. Are you a medical professional?  Have you studied his medical records?  The Carrs seem to have zero privacy lately, so I it wouldn’t surprise me if you have. You had no right to question his
health in public. But since you decided to make this subject public, let me reply in public: My husband has made, and continues to make, an excellent recovery.  Let me remind you and reassure the public when I say that he has not missed one council meeting due to this health condition with which showed such concern.

There have been others who have served on council in the past, who have missed several consecutive meetings and have not had their ability to serve questioned publicly by council, which is the correct way to handle such matters.  Any question of a council member’s ability to serve, it seems to me, should be discussed in executive session.

A direct quote of the law (652D/4th amendment):  Disclosure of private facts, that is, unreasonable publicity given to a person’s private life in a manner that is highly offensive to a reasonable person and involving a disclosure or subject that is not of legitimate public concern is considered an invasion of privacy.   I’m a reasonable person, and I was highly offended by what you said as were many others in the room last council meeting.  My husband’s health is not a legitimate public concern because as I just stated, Val continues to fulfill his duties on Council, and has not missed one meeting because of it. Disregarding this law on privacy, you publicly questioned my husband’s ability to serve, to a room full of people, and to those listening at home. I believe you owe Mayor pro tem Val Carr a sincere apology.

And now I’d like to address the entire Council:   Let’s generalize for a moment…… there must be a sense that if anyone of you were to become incapacitated and unable to serve, then and only then, should the pertinent facts be made public and the orderly transfer to a duly elected or appointed replacement would take place. And really even then, it would not be the public’s business why you had decided to step down.  Even public officials are entitled to a degree of privacy. I think we all agree on that. Reasonable, expected behavior from our elected officials.

Yet this is a far cry from what has been happening in Woodland Park lately:  some of our citizenry are insisting that every aspect of public officials’ lives be disclosed — including every medical encounter — and are creating the expectation that life after election, even as a nonpaid volunteer, will be lived in a fishbowl.

For example, recently our every visit to the hospital has been reported on social media, even when we told no one, where or when we were going. We even found out the mayor was coming to visit Val in the hospital, when a friend texted they had read it on…where else,,,,social media! Sure enough, a few minutes later, we were enjoying a pleasant visit from the mayor himself!  Think about that for a second….it was disconcerting to say the least, when only a few close friends knew of our situation by then and they were respecting our right to privacy.

I am speaking to you of this because these reports on my husband’s recent illness were reported on social media as coming from a source within city hall.

Think how you would feel if this was happening to one of you.  What if you had a medical issue, expected privacy, and it wasn’t forthcoming?  What if there was speculation on your condition, even down to comments like “he deserves to be sick” showing up as a daily discussion topic? I am asking for an investigation and an end to this unprofessional, unethical behavior that has resulted in this ongoing violation of medical privacy.

It seems that all we really need to know is whether a council person is physically fit to hold office, an assessment all citizens should be comfortable leaving to trained and unbiased professionals, as always been the case up until now. Once an individual is pronounced “fit to serve” any digging for further information starts to look more like reality-based programming rather than responsible journalism.

I’d like to personally thank Norma Engelberg for not including Councilwoman Harvey’s unfortunate conjectures about my husband’s private health matters, in her Courier article last week, which I consider an example of a responsible decision from an ethical journalist.

It may be interesting to some subset of the public to know an elected official’s cholesterol level or whether he had an MRI at some point in the past week, but we need to ask whether it really matters in terms of someone’s qualifications for the job. If not, then we must admit that voyeurism is not a good enough reason to violate medical privacy.

I realize by bringing up this issue, I probably have foregone any scrap of privacy we may have had left, and I’ll probably be ridiculed for this speech later on tonight on social media, but I am tired of swimming in this proverbial fishbowl, even after his physician has reported Val is fit for his work on council.

There have also been a series of leaks of misinformation beginning at the start of the mayoral campaign that have ranged from ludicrous to just plain outrageous.

Why do I bring this up to you?  What they all have in common is the claim that again the source is from within city hall. All this saddens me greatly.  I too, personally volunteer and love this city, and hate to think what has been happening.

Anyone who could do math will find this one ludicrous, but apparently many on Facebook were outraged by the screenshot claimed to be from from a city hall source that said “Val Carr has spent $9000 on his campaign, more than any one in WP history.  I was puzzled, until I figured out that the author of this erroneous post must have taken the 6000 deposit, and added the 3000 spent to wrongly assume 9000 was spent.  Math challenged followers on social media were outraged.  You may think this is harmless, and so what? But one can easily make the case that lies such as this one on Facebook directly influenced voters and under Colorado law, it is a crime to knowingly make false statements in order to influence elections.

These accusations are getting so frequent that I find myself explaining the facts behind the innuendo in such places as the hair salon, the gym, and the library.   Luckily the truth isn’t hard to explain, once you’ve puzzled out what the possible connection must be that is being so greatly distorted.

“No”, I say, “Val Carr did not steal money from the city as reported on Facebook, but several years ago, he was the treasurer for multiple  501(c) 3 groups and used our mailing address when these groups applied for and received community investment grants, following all the correct procedures like all the other applicants.” Val’s honesty and integrity are beyond reproach, and those who may spend city time digging through years of records
trying to find anything against him, are wasting our city’s time and money and I ask, this is the best they can come up with to feed social media’s appetite for any possible hint of scandal?  I am asking for a higher standard of professionalism from council and city employees from this minute forward, and a reminder of the applicable city’s core values to this frankly untenable situation: Integrity, Respect, Loyalty and Trust.  I believe this is what we all should be able to count on and deserve going forward and my best hope is you agree.

Although it’s not difficult to share the truth with citizens who ask, I really would love to spend my salon time chatting about more pleasurable subject matter. Thank you for your time.