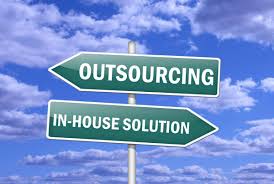 Even after confronting some major hurdles, such as significant staff turnover and a deteriorating Gazebo wall and other infrastructure challenges, Green Mountain Falls leaders are not abandoning their pursuit of a town managerial style of government.

Last week, a workshop held among the board of trustees and GMF officials indicated the reality that the town will have to do business differently than it has in the past.

“We want to throw everything on the table,” said GMF Mayor Pro Tem Cameron Thorne.

And according to trustee Tyler Stevens, that formula even means visiting the idea of becoming an unincorporated town.

But after a detailed discussion last week, the town still wants to wave the town manager banner and stay the course in taking trustees out of the day-to-day government operations. They also don’t want to consider the option of de-incorporation, an idea that has resurfaced in recent months.

Stevens, who is actually running for the 5th Congressional District seat, admits having a small, incorporated town like Green Mountain Falls is quite unique. He argued for staying the course with the town manager experiment.

But how to make this work is the big challenge for a limited staff and a lean budget.

Interim Town Manager Jason Wells admits that the community needs to think outside the box, and possibly outsource many of its duties or use more temporary personnel on a per-assignment basis or adopt more of a pay for performance set-up. For example, he is talking with the city of Woodland Park to get some help in the finance arena.

“I took over a beehive,” admitted Wells. He admitted his initial assessment of serving as an interim town manager for only a couple of months on a part-time basis, may have been too ambitious. Now, it appears Wells, the former top administrator for Manitou Springs, will hold onto the GMF interim town manager reins a little longer. Town officials have suspended their search for a full-time town manager until they resolve their current staffing shortfalls.

Shortly after Wells took over the head administrative post in GMF, the town lost both its public works director and its deputy town clerk. In the last two years, the town has lost a number of key managers.

Some of the administrative duties are not being handled by Judy Egbert. Last week, Egbert, who started working for Green Mountain Falls in mid-March, was appointed as the interim town clerk. She has worked as a consultant for other town governments and views her assignment in GMF as a good fit.

But she admits the town has some key challenges.

“The workload is not being met,” admitted Egbert at last week’s workshop.

“We kind of dropped the ball,” admitted Trustee David Pearlman, in discussing its arrangement with its first town manager, Verla Bruner, who was terminated in November. Pearlman put much of the blame on the trustees for not setting up a clear direction for the position

“Everybody was buddies (in the workforce) and nothing was getting done,” said the trustee.

That said, the trustees are now evaluating serious staffing considerations, which could include more part-time personnel. But under this system, the buck would still stop with the town manager. Under a proposal unveiled by Wells, the town manager would be in charge of basically running GMF and handling a wide range of responsibilities including serving as the head contractor/employee manager, project director,  budget officer and legal counsel, as well as taking charge of the  town’s organizational health and working with many groups in the region. “The bottom line is that the manager either handles any operational/organizational matter with respect to which the town is involved or sees to it that such matters are being handled,” stated Wells in his report.

In reviewing the town’s current structure, Egbert believes the town is most lacking in the planning and finance arena. She even proposed the idea of the town hiring a full-time head manager/planner or a land use planner.

Wells, though, countered that the town may have trouble garnering grant dollars for such a town manager/planner arrangement. Currently, the town is receiving a grant from the state in which the Department of Local Affairs foots about 75 percent of the costs for a town manager/clerk position.

Pearlman made a pitch for the old days when the town had a long-time clerk, who did most of the administrative functions and knew the town quite well, even if she ran the town in a firm manner. “We were kind of spoiled,” said Pearlman.

Most leaders, though, didn’t want to look back to earlier years.

Town leaders are now considering a detailed five-page proposal unveiled by Wells that lists more than 50 prime areas of responsibilities for the GMF government in the areas of town management, clerk and election responsibilities, planning, finance, human resources and public works.

How the town government handles these responsibilities is the main question facing trustees in the next few months, as GMF faces more infrastructure challenges. At the same time, the town needs to appoint two new trustees.

Last week, the town officially vacated two trustee positions, previously held by Michael Butts and Dave Cook. Interested applicants, who must live in GMF, have until May 17 to apply for these positions.