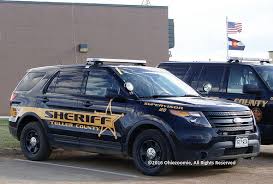 –
An investigation and stop of a reported traffic offense evolved into a murder plot with an illegal immigrant suspect and an illegally purchased handgun on 26 April 2018, the Teller County Sheriff’s Office
responded to a report of a possible drunk driver on Highway 6. A Teller County Detective located the vehicle eastbound on Highway 24 weaving and driving erratically and stopped the vehicle. The detective and a deputy made contact with the driver, Luis Nolberto Garcia Davalos, who was identified through a Mexico Identification and Border Crossing Card. Mr. Davalos was taken into custody for investigation of DUI and firearm charges stemming from a 45 caliber pistol found on the front seat of the vehicle. During this custody
,
Davalos told deputies that the weapon was purchased off the streets with the intention of killing another man
.Detectives interviewed Davalos early in the morning on 27 April 2018 and in that interview, Davalos told
detectives that they had prevented him from killing a man that he had planned to murder on the next day
because the man had threatened his family. Based on detectives’ interview with Davalos, he was charged with Criminal Attempt-First Degree Homicide, Prohibited Use of a Firearm, and DUI.
Immigration and Customs Enforcement
–
Enforcement and Removal has placed a detainer on Davalos and
detectives with the Teller County Sheriff’s Office are continuing their investigation.
If you would like more information about this topic, please contact Lieutenant Wes Walter–Deputy PIO at
719-761-5470 or email atwalterw@co.teller.co.us
.Follow @TCSO_PIO for updates.