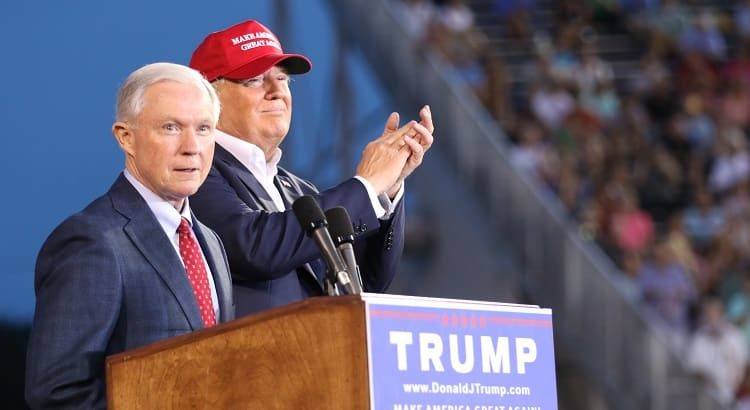 No Federal Interference In Pro-Cannabis States 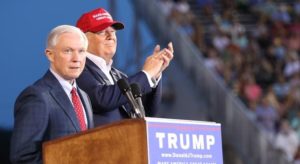 For stoners, the holiday that takes place towards the end of April was better than Christmas!

April 20 has been designated the official annual date for a state-wide celebration for smoking marijuana for quite a few decades now. Playing off the official “time to get high” number, 4/20 has become a holiday enjoyed by pot smokers all over the world. Ever since the recreational use of marijuana became legal in 2014, the 4/20 holiday has exploded into a day of events and pot smoking.

This year, President Donald Trump gave pot smokers in Colorado and across the country an early gift for the international stoner holiday. Thanks to U.S. Senator Cory Gardner, Colorado no longer has to worry about federal interference with their legal marijuana policies. At least based on promises made between Trump and Gardner, who has lobbied hard for state’s rights regarding the marijuana issue. Gardner has stressed that this law was approved, based on a vote by the citizens of Colorado.

Last January, Attorney General Jeff Sessions decided to repeal the long-standing Obama-era policy, coined the “Cole Memo,” which maintained that the federal government would not interfere with states where the people voted to allow the recreational use and growth of marijuana by adults on a limited basis. Sessions decided to lift the policy and leave it up to the federal prosecutors in each state to decide if the feds would interfere with individual states’ laws or not.

This threatened the legality of state laws, approved by voters, which legalized both medicinal and recreational marijuana. It also left hundreds of businesses on the edge, with owners not sure if they could be raided any day by the feds or other authorities.

Colorado Senator Cory Gardner, a Republican who usually supports the president’s policies, was outraged with Sessions’ actions. He threatened to put a blockade on U.S. Department of Justice nominees since Sessions decided to repeal the Cole Memo.

Currently, Gardner and many other congressmen are sponsoring legislation that will give states the rights to regulate their own marijuana industry without federal interference.

Recently, Senator Gardner spoke extensively with President Trump about the bill in Congress and the repealing of the Cole memo. During the conversation, Trump assured the senator that the federal government would not interfere with states that have decided to legalize marijuana. He also told Garner that he had the Trump administration’s support in the passing of the states’ rights bill.

The decision from Trump came as a surprise because normally the president would not “trump” a decision made by the attorney general. But our current president has proved that he does not do things the way that previous presidents have done. In addition, tensions have been building between Trump and the attorney general for months. Session is a familiar target for the president, who has made it clear he didn’t appreciate Sessions’ earlier decision to recuse himself from the Russian collusion investigation.

Trump’s move to go against Sessions is not a huge step to end federal interference with marijuana laws, but it is still a progressive step, according to industry experts.

In a larger sense, it further clarifies the president’s views towards states that legalize recreational marijuana. Previously, the president has relayed mixed messages, indicating he supported medicinal pot, but had concerns about recreational weed. The White House administration’s questionable stand on legal weed often made it difficult for promoters of future cannabis clubs and marijuana shops to convince local municipalities in Colorado to not close their doors to this profitable industry. This played a role in a decision last year by Cripple Creek leaders to say “no way” to retail marijuana operations.

But since he became president, Trump has been a big supporter of states’ rights.

The bill entering Congress that allows states to pass marijuana laws without trouble from the feds still has a long road ahead. The bill still has to pass in the Senate and the House of Representatives.  Many say this could be a very tough win for states’ rights supporters. However, with Trump’s support, the road to victory may feature fewer legislative bumps. The other added advantage is that more states are taking actions to legalize recreational marijuana.

Denver Broncos Square Off Against Houston Texans in Home Opener