DDA Nearly Finalizes New TIF Process
~ by Bob Volpe ~
After months of hammering out a new agreement document for dealing with future tax incentive deals, called tax increment financing  (TIF),  the Woodland Park Downtown Development Authority has nearly reached the negotiating finish line.
As a result, the time to make deals again for current and future businesses located inside the downtown DDA district could begin soon. For a number of months, the DDA issued a moratorium on any TIF agreements. The new document may pave the way for a renewed bid for the Natural Grocers store to land in Woodland Park.

At a special meeting held on March 13, DDA members Ellen Carrick and Al Born presented the nearly finished document to the board for approval.


With just a few more minor tweaks of semantics and adding language that allows for some points of the application to be moved to contract negotiations rather than being a rock solid part of the application process, the board is ready to send the document to DDA consultant Paul Benadetti for a final review of the legality of the document. 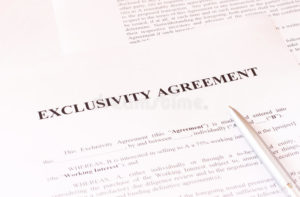 Ed Beaumont, the developer who represents Leadership Circle in their quest to bring Natural Grocers to Woodland Park was present at the meeting. After listening to the discussion he said he has enough information now to present the new application process to Leadership Circle.  This could open the door for Natural Grocers to reapply for a TIF agreement and ultimately bring the health food chain to the city if an agreement can be reached.

The dust up over Natural Grocers initial application for a TIF agreement back in July 2017 was the impetus that led the DDA to revamp the TIF application process. During the negotiations with Leadership Circle at that time, there was a lot of confusion and misunderstanding of how TIF agreements were handed out by the DDA. Leadership Circle representatives were under the impression that asking for a TIF agreement in Woodland Park was just a formality, and
that it was a rubber stamp process. Leadership Circle asked for an unprecedented TIF agreement that would allow for 80 percent tax reimbursement for a period of 20 years on
real property tax (land and improvements) and 100 percent over 20 years on the increased personal property tax.

Negotiations got nasty when Leadership Circle threatened to drop Woodland Park as a potential new site for Natural Grocers. Ultimately, Leadership Circle refused to lower their expectations, and take a lower tax reimbursement level, and the DDA denied their application.

It remains to be seen what the new negotiations will bring with this new document; so the saga of whether or not Natural Grocers will in fact come to Woodland Park is still not clear.