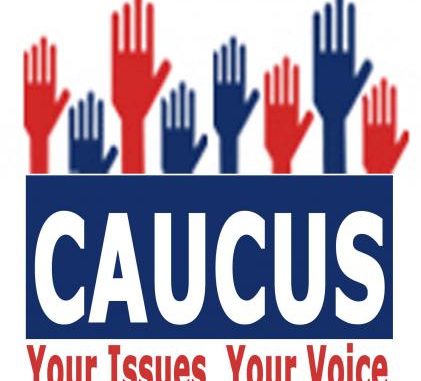 ~ by Bob Volpe ~
The state and county political season officially kicked into gear last week with the party caucuses.
These are neighborhood-style meetings held by the two major parties to pick delegates to upcoming assemblies and rally support for major contenders for key state and national offices.
On the Democratic side for the governor’s race, candidate Cary Kennedy rose to the top of the heap with 50 percent of the vote, beating her nearest challenger Jared Polis who received 32 percent of the vote.
The rest of the Democratic gubernatorial hopefuls were soundly beaten. The best of the also ran
candidates was Mike Johnson who only got 9 percent of the vote.

The Teller County Democratic caucuses turned out 75 people county-wide with every precinct represented, according to party leaders. The Dems fielded seven candidates for governor, (5 caucused, and 2 went through the petition process) two candidates, Betty Field and Lori Furstenberg, for the 5th Congressional District, and Donna Lynn candidate for Lieutenant Governor.

As of the caucus stage, no Democrats have come forward to challenge Republican candidates for Teller elected seats.  According to Laurie Glauth, head of Teller County Democrats, there has been some interest in local Dems to come forward at the County Assembly this weekend. No Democrats, though, have mounted a challenge for county seats since 2008.

Glauth mentioned there was a noticeable increase in younger voters in becoming involved in the political process. She said, “We did have some new faces and they were on the younger side.”


Teller Democrats will hold their County Assembly on March 17th at the Heritage Center in Cripple Creek. Registration begins at 8:30 a.m. 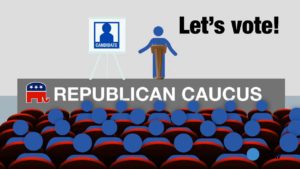 The Republicans, however, play their cards close to the vest and don’t divulge official votes. Instead, they chose delegates to go to county assemblies throughout the rest of March and the state assemblyApril 14, as well as district assemblies along the way.

In Teller County, the Republican caucuses elected 87 delegates and 8 alternates, according to party officials. The National Republican Committee eliminated straw polls after the 2016 election that affected only the presidential election, but here in Teller County straw polls are still allowed on a local level.

However, only a few precincts held straw polls that were not binding.

According to Erik Stone, head of the Teller County Republican Party, Republican leaders decided generally to not hold straw polls because they believe it would create too much confusion since the dust up over the rule changes on straw polls after the 2016 election. Stone said, “We didn’t want to confuse people coming. ‘Well how come there is a straw poll? How come there isn’t a straw poll? I thought this was gotten rid of?’ And we didn’t want confusion in the process.”

Delegates will be voting on placement and inclusion on the primary ballot for every open seat, from county wide all the way up to state offices. On the June 26th primary, unaffiliated voters will be able to vote for any candidate that has a primary election, but along with one party. So, unaffiliated voters cannot vote for a Republican in one race and a Democrat in another.

The Teller County Republican Assembly will be held March 17th at Summit Elementary School, starting at 8 a.m. County office seekers will be voted on for placement and inclusion on the ballot at this assembly
for the June 26, primary election. This assembly will serve as a big test for two contested county seats for county commissioner (district 2) and for coroner. These positions are being contested by Republican candidates. In order to qualify for the primary ballot, a candidate must garner 30 percent of the delegate tallies. However, candidates can bypass the assembly stage and opt to petition their way onto the ballot. But they face strict time deadlines and signature requirements.
Most Republican candidates, opting for county offices, pursue the caucus and assembly process.