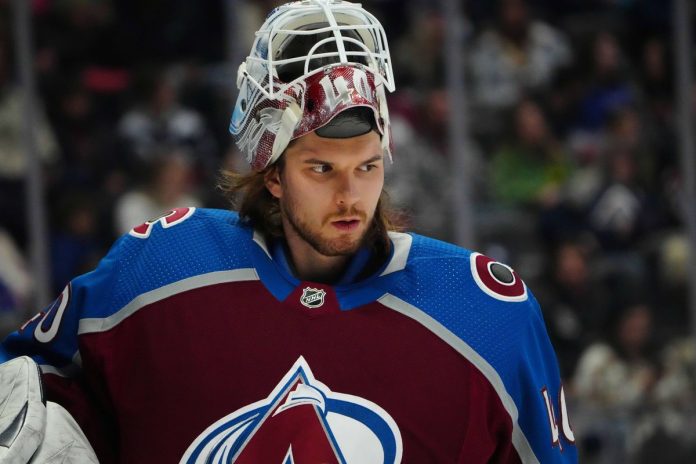 Before the Colorado Avalanche’s  ’22-’23 season start, fans were thrilled and hopeful that the team could win the Stanley Cup for the second year in a row.

The Avs subsequently  had a decent start, but lately the team’s fan base has started to get worried.

Moreover, this losing streak has had a big impact on local sports bars/eateries, where Avs fever sizzles, but is sometimes contingent on the  Avs’ performance on the ice.  With Av victories, the drinks and Avs bravado definitely pick up.

According to an article recently published by Mile High Hockey, “the Colorado Avalanche appear emotionally exhausted.” The team’s recent slump can mostly be attributed to a slew of injuries that riddled their starting lineup.

Once the majority of their starters got sidelined, the Avs started losing more games and began to not look like playoff material for 2023. Lately the team has been squeaking by with a win here and a loss there.

And as of last weekend, the Avalanche was nearing the .500 mark. As of last Saturday, the Avs were 19-15-3, on a five game losing streak, and they had fallen to fifth place in their Central Division.

Some optimists could say that it is still early in the season as the team has barely played 40 games of their 82-game schedule. But judging by the way the team has appeared lately, improving may not be possible in the near future.

Right wing Mikko Rantanen has been one of the consistent members of the team as he has had played all 37 games and he leads the team with 48 points. Defenseman Cale Makar has also played in every game and he has picked up 35 points and 51 blocks on defense.

Left wing J.T. Compher has also played every game and he has scored 22 points and picked up 34 blocks. Center Nathan MacKinnon has missed nearly a dozen matches, but he has still scored 36 points for the team.

This week the Avs continue play with three matches. On Tuesday, the Avs play the 18-18-4 Florida Panthers at home, Thursday they take on the 9-25-4 Chicago Blackhawks on the road, and then on Saturday, they play the 18-17-3 Ottawa Senators.

Denver Nuggets fans have been hopeful for the last couple of years as the Denver basketball team has had winning records and looked like a threat during the regular season. However, once it gets to postseason, the Nuggets seem unable to make it happen and find their way into the NBA Finals.

As most Colorado sports fans say every year, “this year could be OUR year!” The way the season has been looking so far, the Nuggets seem to have a decent chance at post season play. Time will tell whether or not they have what it takes to make it to the final round.

Recently, it seems as if the Nuggets are hungry to be competitors for the 2023 championship. The team has been winning games lately and the few that they have lost, have been really close matches.

And the good news is that the Nuggets have a good winning record so far. At the end of last week, the Nuggets were 26-13 and they were in first place in the Western Conference.

But, the conference looks competitive this year with the Memphis Grizzlies sitting closely in second place with a 25-13 record. And, the New Orleans Pelicans are also a close third at 24-15.

The Nuggets’ game on the courts this season has gone similar to previous years. Center Nikola Jokic seems to dominate the game.

Jokic has played in 36 of the team’s 39 games and leads the team when it comes to scoring, rebounds, assists and steals. Jokic has an average 25.3 points per game, 10.8 rebounds per game, 9.5 assists per game and 1.4 steals per game.

The next best on the team when it comes to scoring is point guard Jamal Murray as he has scored 18 points per game in the 32 matches he has played. Power forward Aaron Gordon has also been key on the team with an average of 16.9 points per game and a 58.4 field goal percentage.

The Nuggets are back on the court with four matches this week. The Nuggets play the 18-21 Los Angeles Lakers this Monday at home and then they challenge the 202-20 Phoenix Suns in another home match on Wednesday. Friday they travel on the road to take on the 21-20 Los Angeles Clippers and then on Sunday they play the 14-25 Orlando Magic at home.