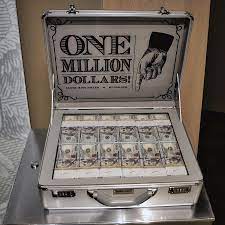 With little debate, the Green Mountain Falls Board of Trustees gave the final green light for their 2023 budget, calling for a little more than $1 million in spending, including some key capitol projects.

But the big question still persists over the re-opening of the pool, as the town is hoping to secure private sponsors for this operation, unless it wants to incur a deficit. In addition, another community leader hit the alert button on the lack of money for fire mitigation with the town now ranking as one of the prime fire danger spots in the region.

Regardless of these concerns, the town’s Board of Trustees unanimously approved their 2023 fiscal blueprint during the final meeting of the year.

The town’s nuts and bolts general fund will remain largely the same, with the town dealing with close to $800,000. The town has also  budgeted closed to $290,000 for capital projects, with monies allocated for a comprehensive road improvement study and  the capital purchase of a marshal’s vehicle and the implementation of body-worn cameras for the agency, which is part of a state requirement.

David Douglas, who heads the fire mitigation committee, though, questioned the lack of funds for fire mitigation and cited evidence that the town ranks as an area at definite risk. He said this has been a consistent trend for the last few years. “This town does not have a track record of making fire mitigation a priority.”

Douglas argued that their committee’s original request of funds for 2023 was not even close to being fulfilled, and believes town leaders are sending a bad message by not addressing fire mitigation concerns.

The elected leaders didn’t respond to Douglas’s comments. In last-minute adjustments, the board did agree to $1,500 for trail maps.

In the past, the board has advocated having a more full-proof evacuation plan, in case of a disaster.  The majority of fire mitigation work has come in the form of grants.

In their final meeting of the year, town leaders also took a beating from former trustees Howard Price and Mac Pitrone, pertaining to recent negotiations with Colorado Springs Utilities (CSU) over a new water pump station.

The two residents mainly accused the board of caving in to the requests of Springs Utility, and not negotiating a better deal for the town and for local residents.

“You should be ashamed of yourselves,” blasted  Price, who said he received no notification of the board’s previously decision meeting on the plans for a new water pump station off Hondo Avenue, at the base of a few key trail areas.  Price alerted the board he plans to file an injunction against this project.

Price cited the location of this facility and questioned why other technology could not be utilized to achieve the company’s infrastructure expansion goals, so it wouldn’t impact local residents, and why it is using this particular property. “You are afraid of Colorado Springs Utilities,” said Price.

Pitrone didn’t spare any criticism either, sarcastically referring to the Springs Utilities company as “The Center of the known Universe.”

He said for years Springs’ Utilities has ripped off the town with higher rates than what is charged for customers in Colorado Springs. “It is time we  started getting treated better,” said Pitrone. “You blew the opportunity to negotiate that.”

Price and Pitrone were referring to a recent board decision that gave Springs Utilities the go-ahead in building a new water pump station. The current one is quite outdated, according to company and project engineer representatives.

According to a town staff report,  “the new pump station will be located at 10685 Hondo Ave. and will ensure reliable water service for residents and businesses in Green Mountain Falls. It will also provide a safer and more readily accessible working space for CSU (Colorado Springs Utilities) enabling more efficient maintenance and repair activities. CSU is currently finalizing an easement agreement with the property owner to allow the pump station to be built on the site.”

Mayor Todd Dixon asked both Price and Pitrone, who served previously on the board, to work with the staff in addressing their concerns.

In other action, the board approved a new land use comprehensive plan, a project in the works for months. The new revised code is aimed at making the process simpler for developers and for residents doing small projects.