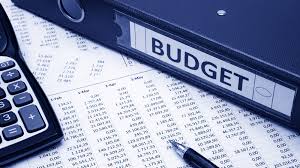 The days of lean times for the Teller County government are coming to a halt, when officials were concerns about cuts and consolidating positions.

Last week, the county commissioners strongly okayed a nearly $44 million spending budget for next year, with a commitment towards ending past practices of leasing facilities and having all county-owned buildings by the year 2025. Ultimately, the county wants to enhance services by becoming debt-free with the long-term approach of owning its own facilities, a goal that will be pursued by purchasing current buildings it owns or building and expanding its own government centers.

The initial focus will center on facilities in Woodland Park and Divide, but officials haven’t narrowed in on specific building plans. That scenario could change soon

Commission Vice-chairman Erik Stone equates the new bold approach towards achieving “a multi-generational impact on how services are delivered.” He believes this long-term goal of owning all county facilities will “save a ton of money,” and move Teller into the envious position of becoming debt-free.

He and his peers believe this will open the door for more  and better services.

The 2023 budget sets  the wheels in motion for achieving this goal, according to the commissioners. The $44 million package for next year offers more monies for road and bridge enhancements,  fleet management, employee benefits and capital projects. The basic governmental-funded expenditures will be upped by 15 percent. The nuts and bolts general fund, meanwhile, will increase by more than $2 million.

The number of employees staffing county offices will nearly hit the 270 level and salaries and benefits will get upped by $3 million. The 2023 budget calls for employee recognition funds in the form of merit increases to deserving employees.

This is a much better picture than recent years, when the county often adopted a hiring freeze, and had a salary and compensation package that didn’t compare with neighboring jurisdictions. In fact, if an employee retired from certain high-level jobs, these positions were not always maintained.

Despite the 2023 fiscal increases and bold plans for the future, the commissioners last week described the forthcoming fiscal portrait as conservative. “We maintain a pretty conservative process,” said Commissioner Bob Campbell. “It is not a an ‘Ivory Tower’ budget. It is a very inclusive process. It takes a lot more time and commitment.”

The commissioners noted that the approval of their budget caps a year-long process.

“You can see the passion we have for the budget,” said Commission Chairman Dan Williams. “We think conservatively. It is a realistic budget.”

He stressed that the commissioners view the spending of these funds very carefully. “This is a sacred trust (with the taxpayers). It is not our money. We just driving the Titanic. I want to thank the people.”

The commissioner, in adopting their budget, noted they wanted to put more emphasis on employee satisfaction, with the offering of better health care and retirement benefits.

Some funds, such as the jail enterprise fund, are fairly similar to 2022.

But while 2023 calls for more monies than past years, the budget message makes it clear that the county faces an unsteady future, and the future picture is far from rosy.

“As a whole, we are currently in a good financial position. However, the future economic picture remains uncertain as we enter another recession with how that might impact the county. Sales tax revenues continue are estimated to be significantly lower than 2021…We continue to be conservative in our future revenue estimates in order to be prepared for possible reductions in revenues. Our elected officials consider attracting and retaining qualified employees as a significant priority. County employees are our greatest resource for improving the community in which we live and work,” stated county officials in their budget message.”

Stone echoed this same message in preliminary comments, prior to the board’s approval of the 2023 package. “The county government isn’t about buildings. It is about people.”

The commissioners voted unanimously to approve the 2023 budget. No one spoke against the county’s fiscal plans for next year.