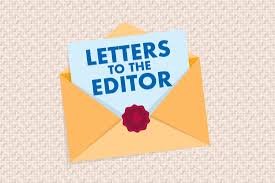 Editor’s Note:  The following correspondence was submitted by Bob Carlsen, a Woodland Park resident and a former council member, and was presented to the WP Council during last week’s meeting.

On behalf of the residents and small businesses of the City of Woodland Park I am requesting City Council establish both a floor of 10% and a ceiling of 17% for the Unrestricted Fund Balance Reserve which currently stand at $2,685,106 or 23.7%.

At current projections reserves exceeding 17% are approximately $761,000.  This amount will increase considerable when actual 2022 numbers are reported.  The actual 2022 revenue data will be available for the 2022 fiscal year in February 2023 as reflected in the in December 2022 Tax Revenue Report.  By establishing this policy Council affirms the conservative principle established by TABOR that limits excessive reserves.

I request Council refund excess Unrestricted Fund Balance Reserves to our property tax paying residents and small businesses in proportion to their share of the excess.

By doing so, the Council also will be setting the pathway for more realistic budget projections under this “use it or lose it” approach.  Past budgets, and indeed this budget, have underestimated revenues and overestimated expenditure, with the balance adding to the reserves.  In February 2023, Council should update the projections for 2023 budgeted revenues to reflect at least an 8% growth of 2022 actual amounts and then revise the projected 2024 and beyond at appropriate levels for inflation and growth. Final expenditure numbers, although unaudited, will also be available then.  The audit due months later makes no significant changes to either revenues or expenditures, so the city can take action in February 2023 to refund the excess revenues.

There will be those on Council who believe that this will expose the City to financial risk.  However, the only time actual revenues were less than the budgeted revenues and expenditures was in 2009, during the Great Recession, where the difference was about $200,000.  This was easily accommodated by instituting a temporary hiring freeze.

Even with the Waldo Canyon fire in 2012 and the floods of 2013, actual revenues exceeded the budgeted numbers.  An analysis of the reserves of affected cities in Colorado allowed Council to pass a resolution in 2014 establishing a 10% reserve floor.  Subsequent Councils increased the reserve to 17%.

Earlier I proposed refunding excessive reserves to our taxpayers.  This would cap reserves at 17%.  This takes care of excessive reserves accumulated to the end of 2022.  Now I turn to the excess reserves that will occur in 2023 due to under estimating revenues and over estimating expenditure in 2023.   I also recommend that Council reduce the 2023 property mil rate thus reducing property tax payments in 2023 rather than waiting for these excess reserves to be refunded in Feb 2024.  I would suggest a new mil rate of 14 mils.

Given our current generous fiscal situation I also recommend that business be allowed to keep 3% of the sales taxes they collect on behalf of the City as does every other taxing entity in Teller County and probably across Colorado.  Council decided to withhold the 3% in 1996 due to our very tight financial situation as the city had approved a bond to chip seal all city streets.  That bond was paid off in 2015. Our financial situation has only improved over the years.

On a philosophical note, “Why should the City be in a better financial situation than the majority of its residents?”  The city is paying off a COP/mortgage 13 years early.  How many residents can afford to pay off their mortgages 13 years early?  With current inflation our taxpayers can barely afford to pay for gas, groceries and their utility bills, much less their property taxes. When a Council member proposed a slight reduction to the property tax, the City replied that their revenues would decline $35,000.

When asked how the City could use these funds, the City Manager replied that they could be used for community events!  Nothing the City has done recently indicates that they are even close to experiencing financial difficulties, whereas our taxpayers are experiencing considerable pain.  This is not your money.  It is the taxpayers’ money.