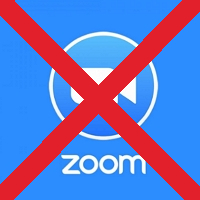 Green Mountain Falls leaders decided last week to permanently hit the Zoom pause button on public workshops,  during a rather lively Board of Trustees meeting.

The regular meetings, will still be aired on the Zoom Video Communications system, widely used by governments in the region. But as far as Zoom use for pre-council meetings, which in essence almost resemble a pre-game strategy session, the trustees said no thanks. But barely, with the decision to ban Zoom for workshops passing by a close 3-2 margin. Trustees Sean Ives and Nick  Donzello cast the dissenting tallies, meaning that the “No Zoom for public workshops” stand would continue—at least for now.

Although differing on this Zoom issue, all the trustees appeared to favor the tone of their pre-meeting work sessions, which are much different from those featured by other governments in the area. Some questions have circulated about whether these pre-council meetings are breaking Sunshine laws or lacking in transparency because they don’t involve the public.

“It is not a good look,” said resident and Planning Commission Chairman Lamar Mathews, who questioned the lack of Zoom and in keeping the public  from the discussion. She indicated that the way the trustees are handling workshops opens up a perception of secrecy.

“I honestly believe that everyone has the best intentions at heart,” said resident David Douglas. But he objected to not having any public discussion during these pre-meeting sessions and hitting the pause button on Zoom. “Invite the engagement of the citizens,” said Douglas, who serves on a variety of local committees.

Planning Commissioner Lisa Bonwell stated that the Zoom inclusion of public workshops would generate more citizen involvement and establish better public transparency. She said it is often tough for residents to attend trustee  meeting during the winter.

Resident Rocco Blasi, a member of the planning commission, urged the trustees to air these public workshops on Zoom too, and referred to these workshops as pre-meeting,, tee-off sessions.  He didn’t see anything wrong with that format, but wanted to see more public involvement with the use of Zoom.

However, despite these concerns, the trustees fully supported their pre-meeting get-togethers, which often occur around a table, involving a few staff members, and are quite informal. They  almost bring comparisons to an pre-game strategy session  for a sports team.  (Hopefully, not the Denver Broncos)  They are definitely different from workshops done by other municipalities in the area that are more topic-driven.

“I love our work sessions,” said Trustee Nick Donzello. “You can go off script. “It is aspiring. I think it is a unique opportunity. They are on the record. I would like it to be transparent.”

All the trustees agreed that their workshops  offer an informal setting to discuss issues and key meeting topics, prior to the more formal sessions. They disagreed, however,  on the use of Zoom for these sessions.

“This would not encourage open dialogue,” said Mayor Todd Dixon, who cited challenges if these earlier sessions appeared on Zoom.

Veteran Trustee Katharine Guthrie stated that if these sessions are aired on Zoom, then the town should consider scrapping pre-meeting workshops altogether.

Trusted Sunde King agreed, and the measure, calling for a continuation of the council workshops without Zoom, passed by a close 3-2 vote.

That’s not the only issue the trustees found themselves debating last week.

The trustees and several members of the planning commission debated the idea of paying for a town planner.  This has been a top budget priority for GMF for some time.

However, several members of the planning commission disagree with this opinion, and say it amounts to a waste of money for services that the current planners and staff can perform. As a comprise, they would agree to funding an outside planner for certain projects.

“We don’t need to have this person,” said Mathews, who even disagreed with a staff plan to use a VISTA volunteer for some of the planning services needed. “We don’t have a problem.”

She cited the exemplary work of Town Clerk/Treasurer Nate Scott. If Scott doesn’t have the time to continue offering planning services, then Mathews stated that the planning commissioners could fill this role.

This suggestion, though, sparked questions from the trustees. “Who is the person of contact?” questioned Guthrie. She cited such familiar projects as installing new decks, as a typical building activity that would need to be addressed by a planner or planner/builder specialist.

“There has been an issue with not having a professional planner,” added the trustee.  She outlined definite benefits from having more professional help in the planning arena from the perspective of record-keeping. “It is traceable.  There is a point person. There can be some slippery situations,” said Guthrie in supporting some type of funding for this position.

But Mathews cited the recommendation of the planning commission to allow her fellow commissioners the opportunity to step up to the plate and provide these services. She said the staff would initially serve as the main contact liaison.

Mayor Todd Dixon also raised concerns about the town staff’s plan to use a VISTA volunteer to handle the GMF planning “We are not getting a professional planner out of the gates.”

After this issue was debated extensively with no real compromise in sight, Dixon threw out his referee flag and proposed having a continued discussion on the planner issue at a later date, after taking a look at the town budget for next year.

In addition, some tension persists between the trustees and the planning commission on hiring or financing a town planner.