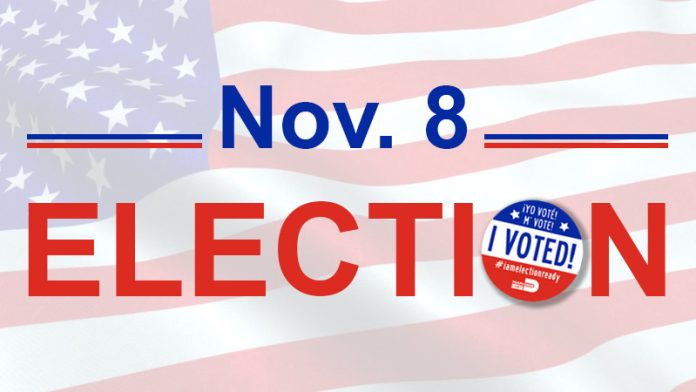 Election 2022 was a record-breaker for Teller County, with the increased number of ballots sent out and huge turnout for a midterm vote.

As of  last weekend, nearly 14,000 ballots had been tallied, amounting to a stellar 72 percent participation rate for the Nov. 8 vote. Not too shabby for a midterm election for Teller County, with only one contested local race.

The strong turnout  met earlier predictions, which initially appeared they would fall much short, based on the Tuesday night recorded results, which only included a portion of the ballots.

Insiders are chalking up this level of participation on the hefty lineup of ballot issues and the interest in many state and national races. Residents in southern Teller alone partook in three ballot questions, capped by issues calling for legalizing the sale of retail marijuana in Cripple Creek.

But the real winners of Election 2022 were local procrastinators, who held onto their ballots until the final day, and then deposited them at a 24/7 ballot box outlet or cast their tallies the last day.

And even though the emergence of mail-in balloting in Colorado a decade ago was supposed to make things more convenient for local electors and election officials, this age-old tradition of casting votes and returning ballots on the actual election day still prevails.

With concerns growing about everyone’s vote getting counted, many waited until the final day to deliver their ballot in person or use a designated ballot box outlet.

During last week’s election, Teller County Clerk and Recorder Krystal Brown reported that 7,106 ballots were cast and turned in on the final Nov. 8 election day deadline. This amounted to more than half of the votes’ tallied so far.

She admitted this put a big strain on election judges and workers who for the first time in years, couldn’t complete the task on the evening of the election day. Local election workers had to call it a night, or early morning, around 2 a.m., and return for counting and verification duties later on Nov. 9.

This is a trend that permeated across the state and country.  El Paso County officials also reported that many waited until the last day to return their ballots or visit a vote center.

The bulk of the local results didn’t really get recorded until Wednesday and Thursday. This had a big impact on some of the major ballot issues, such as propositions for okaying marijuana and the related taxes.  The tax question for the marijuana question was trailing on the evening of Nov. 8 and then it gained a slight advantage, getting approved by four tallies by the next morning, with the lead growing slightly more as the day progressed.

By Thursday’s commissioners meeting, the elected leaders, who heavily objected to the marijuana issues, were ready to wave the defeat flag.

Despite the delays in reporting the results, the local election process was cited as a big winner by the county commissioners.

“You guys rocked it,” said Teller County Commission Chairman Dan Williams, at last week’s meeting. “I am very proud of the way we run our elections,” added Williams.

Similar sentiments were echoed by other commissioners, who noted the long hours invested into the counting process by volunteers and workers. “It was time consuming,” said Brown, in noting that with this many mail-in ballots cast the final day, the process took many hours.

Williams said he received many emails and calls regarding the election, but virtually all of them complimented the process undertaken by local election officials.

In previous meetings, the commissioners heard some requests for a return to a traditional hand-count, at least as a reassurance measure, due to concerns regarding the use of electronic voting machines and the use of  Dominion Voting Systems software.

The commissioners, although expressing some concerns about certain aspects of the state-mandated regulations, opted to keep the status quo system.  Plus, with this lengthy of a ballot, they noted that having a hand-count could require the tabulation of close to 1 million questions.

As far as voting trends, Brown said that the far majority of voters opt for using the 24/7 ballot box outlets.  They are three one designated in Teller County and 400-plus throughout the state. “They are so convenient,” said Brown, who especially mentioned the addition of the outlet in Divide as a big plus.  She stated that far fewer people actually mail in  their ballots.  The vote center gets much use in the tail-end of the election. But since the COVID epidemic, not as many people use vote centers, noted the county clerk and recorder.

And with the 22-inch length of this year’s ballot, Brown stated that casting tallies on an electronic screen at a vote center, definitely posed challenges. “It is so much easier to do it from the comfort of your home,” said Brown.