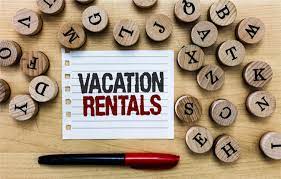 The town of Green Mountain  Falls has reached the apparent end zone in the sometimes controversial showdown for finalizing regulations for short-term rental properties, commonly referred to as vacation homes.

And unlike communities in the area, GMF achieved this goal without any political injuries or major bruises;  or complaints about conflict of interest ties, council walkouts and shouting matches; and quite frankly, with little drama.  In fact, in some ways, the small Ute Pass town could become a good example of the path to follow, when amending this process that has generated heated discussions in many communities throughout Colorado. In Woodland Park, the STR issue has turned into a huge fight.

Proponents of STRs say this is a good way to promote tourism and to generate needed local revenue, while critics contend it is ruining neighborhoods and imposing public safety concerns and increasing problems associated with affordable housing.

GMF, which is one of the few area towns that didn’t impose a moratorium on future units, established more of a middle-of-the road course in this ongoing STR debate.

By a unanimous vote, the GMF Board of Trustees last week approved a nine-page ordinance that establishes STR regulations and sets rules for operators and renewals.

In a previous interview, Mayor Todd Dixon described the final product as a compromise that is not going to make STR operators or neighboring residents completely happy, but it will give the town rules that can be enforced. This was the theme of the trustee STR discussion last week, as elected leaders and officials outlined the main highlights of the new STR ordinance.

And unless major objections are raised within the next few weeks, it will become official in early December.

“It is a good first step,” said Dixon, at the close of  last week’s STR discussion. “We are trying to strike a balance. This is a property rights issue (between two sides).”

“It is not overly burdensome,” added Trustee Kathryn Guthrie.

Town Manager Becky Frank described the final product as a major “policy improvement,” rather than a “policy improvement.” She said town officials crafted the ordinance, following considerable input from STR operators, residents and the trustees. “This took a phenomenal amount of time. It is a policy that is fair,” said Frank.

At the same time, the new STR ordinance, according to Frank, gives the town “a little more teeth to enforce.” “If it goes south, this is something that can bring about a revocation or suspension of a (STR) license,” explained Dixon, who said the town has no problems with the vast majority of STR operators.

Previously, the town really had no STR rules period, other than a 60-STR property license limit throughout town.

The 60-license cap will still remain. But under the new rules, operators must abide by a slew of more defined regulations regarding occupancy limits, parking, noise, fire mitigation, trash disposal, and more importantly, a 24/7 contact.

Frank said the town plans to work with STR operators in their renewals to get them on board with the changes. “It is not something that is intended to be hard,” said Frank.

During last week’s discussion, no real concerns were raised by STR operators. David Pearlman, who owns a number of STR properties locally, reminded the board of the difficulty certain operators may have with the parking regulations due to the narrow street areas in some parts of the town. He also stated that many properties are frequented by friends of the guests.

Frank said an alternative parking arrangement could be made in these cases, with appropriate transportation established to the STR units.

Guthrie questioned if the town should set up an appeals fee, in case some conflicts do arise.

However, the town manager wanted to see how the debut year under the ordinance transpires. She said the staff would handle the appeal process, if these conflicts occur.

Both she and Dixon have cited the 24/7 contact information as one of the most critical aspects of the new rules. In fact, under the new regulations, if a person has a complaint, it must be addressed within a 30-minute period.

Also, town officials agreed that inspections are not required of STR license-holders. Instead, they have opted for a self-certification list.

GMF officials have mulled the STR rules for months, and actually kicked off the process with an open town hall meeting during which a variety of opinions were expressed. Some wanted the town to initiate sterner rules, such as ones proposed in Boulder, while  others believe the town really didn’t have a vacation home problem, other than some property owners doing STRs under the table.

Frank told the board and public last week that the final product tried to adopt the finer points of a variety of STR guidelines adopted in communities around Colorado.

In other action, the board approved a license for the annual 85th Bronc Day celebration. The 2023 celebration is set for July 29, and is being sponsored by the Pikes Peak Chamber of Commerce. Bronc Day features a parade, live music, vendors at the Gazebo area, and a variety of games and contests.

The application was approved, but the board sought more documentation regarding the details of the event.

The 2022 festival was described as a major success.