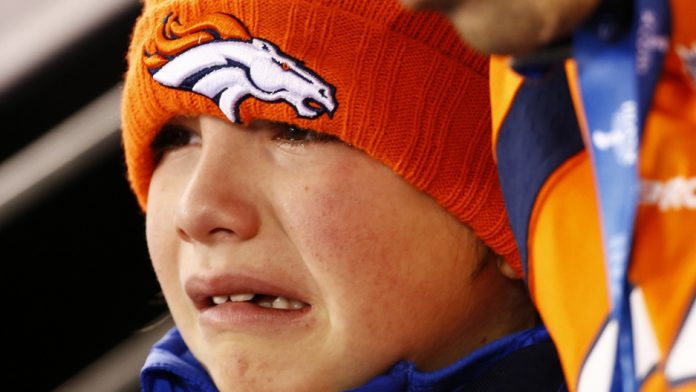 Bronc Defense Still the Talk of the League

Well fans and fannetts! Here we are, halfway through the 2022-23 season, or should I say the 2022 season for the Broncos. There will be no post season into the next year for this team.

Soooooo, where are we and where can we expect to go from here?

The team was on a bye last week. Much needed for emotional and physical recuperation. The Broncos went into the bye week after a much needed win against the Jacksonville, Jaguars and now stand in third place in the AFC West division at 3-5, thanks to the Raiders being shut out by the New Orleans Saints last week. It is a joyous thing to see the Raiders in the cellar and we will have our chance at revenge for the loss the Raiders dealt us in week four, when they come to our house on November 20.

The big news from last week was the Broncos trading elite pass rusher, Bradley Chubb, to the Miami Dolphins for a first round pick in the 2023 draft. The Dolphins also sent a 2024 fourth-round pick and running back Chase Edmonds to the Broncos for Chubb. The first round pick is an extra pick from a previous trade Miami made with the San Francisco 49ers. Thus, and this is big, the order the first round pick the Broncos got will be dependent on how well the 49ers finish the season. So, it behooves us to wish for the San Fran to tank and finish with a losing season so we’ll be picking earlier in the draft.

The Chubb trade, in my opinion, was a good one. Chubb was going to be due a huge contract at the end of the season, and after spending a king’s ransom on Russell Wilson, the team is cash poor.

Furthermore, with Baron Browning, Nik Bonitto, Dre’mont Jones, Randy Gregory, and Jonathon Cooper playing well, Chubb became expendable, without much loss to the pass rush. Also, had the Broncos chose to not trade Chubb, he would go into free agency. If this occurred, was likely another team would have gotten him and we would have received nothing. The only other option would have been a franchise tag and, nah.

Moving on from Chubb, there are signs of life in this Bronco team, albeit dim as they may be. For instance, Jerry Jeudy, and K.J. Hamler have shown some promise in the Jets and Jaguars games. Both guys are not dropping the ball and are getting separation on their routes. Hamler even laid himself out on a 43-yard catch from Wilson in the Jaguar game that led to the winning touchdown.

Here’s my personal favorite shining light on the Bronco’s offense. Rookie tight end Greg Dulcich is freaky good. The third round pick has been sidelined most of the season with a nagging hamstring injury, but he balled out against the Jaguars. He caught four passes for 87 yards, which was the fourth-most receiving yards in a single game by a rookie tight end in franchise history.

Three of Dulcich’s catches came on a single drive, as he helped spark Denver to a go-ahead touchdown in the third-quarter. Quarterback Russell Wilson found Dulcich for gains of 18, 22 and 38 yards to push the Broncos from their own 2-yard line to the Jaguar one. In his first three career games, Dulcich sports 12 receptions and 182 receiving yards, which are the most in franchise history for a rookie tight end in his first couple of games.

Wilson knew what Dulcich could do. He said, “When I first threw the ball to him the first day, you know when you’ve thrown as many footballs as I’ve thrown for as many years as you’ve thrown it, the first three throws you can tell, okay, he’s got it. There’s something to it. He’s definitely got some freakish ability.”

Speaking of Wilson. He’s been playing better in the last couple games, by using his legs. After all, that’s what he was known for his whole career. It seems early on either he or coach Hackett wanted to make him a pocket quarterback. He ain’t that and proved he can’t be that. More run-pass-options, bootlegs, roll outs to the right, quick slants. Those are money plays. Show me the money.

Let’s not forget the Bronco defense. Maybe Wilson ain’t cooking but them boys on defense are cooking for the whole team. They are ranked third in the NFL by Sportsnaut.com, fourth by Lineups.com, second by footballoutsiders.com, and third by pro football focus.

Much like last year, the defense has been plagued by injury, but every time it’s next man up, the next man up, man’s up and keeps the fight going.

The defense has allowed only 132-points as of week 8. That is the best in the entire AFC.

So, what about the rest of the season?

It could be the offense is finally beginning to click. The biggest threat to finishing above .500 for the year is still and has been the inconsistent and poor play calling by Coach Hackett. He needs to step away from play calling and let Russ cook or hand it over to Offensive Coordinator Justin Outten. With better play calling and allowing Russ to be Russ the Broncos could win 5 of their next 9 games.

TMJ Prediction: It’s a long shot but finishing 8-9 would be the best I think we could hope for.