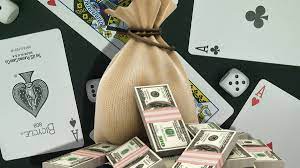 Local leaders are considering rolling the dice on possible new future legislation that could allow Cripple Creek and Teller County to retain its fairs share of gaming revenue.

They aren’t ready to wave a white flag and accept a growing state trend, aimed at stripping Cripple Creek and Teller of their constitutional-mandated limited gaming monies.

At issue are a  number of revenue pots, and conflicts between the money for  limited gambling and dollars for extended, expanded gaming. Since gaming started in Oct. 1991, a few subsequent votes have occurred. These positive tallies have increased the gambling stakes and games permitted, along with the  operating hours;  and now even allow sports betting and unlimited wagers  on single bets.

In any case, elected leaders are bracing for a legislative fight in order to keep their share of the pie and to pay the growing bills for the impacts.

He and other leaders want to avoid what happened last spring, when a bill was introduced at the 11th hour that could have cost Cripple Creek and Teller County collectively $500,000 due to changes in the allocation system. What  irked area leaders the most is that they were not even contacted for input regarding these major funding changes.

They made their voiced heard in resounding volume in a final hearing.

Subsequent legislation was passed to refund this money, but the bill faces a sunset clause soon.  Instead, legislators want the towns and impacted counties and other entities to come up with a long-term solution. To date, this formula hasn’t been discovered, meaning local leaders and officials may have to closely monitor what legislators do regarding this issue in the 2023 session, or they could end up on the short end of the gaming funding stick again

Stone is part of a group that is studying alternative data to come up with a better plan.

Ultimately, he believes that new  legislations needs to be crafted. He noted that the previous bill is 30-plus years old, and much has changed with Colorado gaming.

At last week’s regular meeting, Stone voiced concerns about any “arbitrary move” in changing the allocation of  monies from  limited gaming towards extended gaming,” which he believes violates what was voted on by Colorado citizens initially when gambling was approved. “It is a big deal for us,” said the commissioner. “It does cost us money.”

Currently, Cripple Creek and Teller County get a set percentage of the revenue pie, based on how much money gamblers lose at local casinos. There is also a fund for  impact dollars.

He contends that eventually new legislation, regarding future allocation of these dollars, may have to be voted on  statewide.

Stone is optimistic that new legislation could help Cripple Creek’s cause due to the amount of impacts it has experienced.  One funding formula area leaders want to change involves the allocation of dollars from sports betting, which has exploded. At last week’s meeting,  Teller County Assessor Colt Simmons noted that sports betting, which can occur at apps and brick and mortar sites from licensed casinos in the three gaming communities, has increased dramatically by more than 50 percent in annual growth.  “It will be interesting in how it is going to play out,” said Simmons.

Cripple Creek and Teller County so far have struck out in retaining any of this extra sports betting revenue.

This winter and spring, local leaders and officials, including Cripple Creek lobbyist Solomon Malick, plan to heavily monitor this gaming revenue situation to assure a good deal is struck for Teller County.

The fight over gaming dollars have been a familiar battle local leaders have encountered over the last two decades.