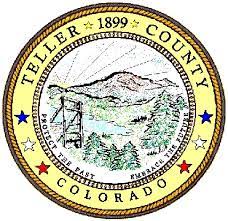 As the much-anticipated Election Day 2022 reaches a climax next week, Teller voters are faced with a major decision when it comes to one of  their key elected positions.

The mid-term elections for 2022 locally feature a spree of races for county seats, but only one of these is being contested on Nov. 8. And for a change, this race pits the Republican nominee against a Democratic challenger.

This highly-touted contest deals with the contest for the County Commissioner,  District 2 seat.

During most elections in Teller, the government seats in the county get decided after the GOP assembly and primary contests due to the area lacking Democratic candidates. This year, though, former county commissioner Dennis Luttrell entered the race and was declared as the  Democratic nominee for the Teller County Commissioner, District Two contest.

As a result, Teller residents will decide between Campbell, the incumbent, and a veteran elected leader for two decades; and Luttrell, who served two terms previously as county commissioner in the 1980s and has sported much government management experience in the New England area.

A Return to the Local Political Playing Field

Dennis Luttrell, the Democratic challenger, has owned a home in Teller County since the 1970s. In addition,  he has held several positions related to public service across the country, since leaving the area as county commissioner in the 1980s. Since he has returned to the county, he has been a board director of the Divide Fire Protection District, and he has served on the Teller County Planning Commission.

Luttrell said that he decided to run for commissioner due to issues that have recently developed within the county. He said that he believes that through his experience with emergency preparedness, he can help the county with planning to better handle future issues.

According to Luttrell, the county needs to have a better plan of attack to handle disasters that could occur in the future, such as another pandemic or major wild land fires. “I want to see wildfire mitigation to be extended throughout the county,” Luttrell said. “As our climate continues to change, climatologists have pointed out that it looks like we are going to have a climate like Arizona. A lot of our vegetation is going to die off drastically, and we need to do what we can now in order to meet the needs of tomorrow. We need to have a vision to see what’s coming.”

He also said that employee retention in the county is another issue that needs to be addressed. “We have seen the economy hurt and county services being held back by the failure to be able to attract people for various positions,” Luttrell stated. “They are talking about doing some adjustments to the budget now with regards to personnel; but it is more than just what you put in, it’s what you provide in the way of affordable housing. There are many important positions that need to be filled that are not getting filled. I think there is full recognition of that, but they have not acted and they perpetuate the problem.”

Luttrell said that he has experience with creating affordable housing when he worked in public administration in New England. He said that he wants to get grants to refurbish old buildings in the county to turn them into housing units, while creating jobs locally at the same time.

Bob Campbell has been a staple in Teller County government for the last several years as he seeks his fourth total term as county commissioner.

Campbell said that one big issue the county is currently working on is to build new facilities for the government services instead of renting properties. “We currently have an architect and engineer working on building some sort of office complex on our property out on Divide because we have to get out of this process where we rent buildings and lease buildings,” Campbell said. “It is not an efficient use of taxpayers’ money. Because we own the sewer treatment plant in Divide, that has to be a part of it because it is almost maxed out at this point. So, we have to do an expansion to the sewer plant, which would allow other developers to do some things in Divide.”

He also said that standing up for the county at the state level has become a big job for the commissioners. “One of our biggest jobs is a constant battle against the state legislature to protect rural lifestyles,” Campbell said. “The Front Range is currently attacking rural lifestyles. They were talking about a bill this year that would not allow natural gas or propane in houses. It would have to be solar or electric and you would have to supply electric vehicle outlets to every house you ever build. So that takes a lot of our time and effort to protect rural lifestyles because 46 of our counties (in Colorado) are considered rural or rural-mixed counties, and that’s how they get their energies, from natural gas, propane, or wood burning stoves.”

He said that the county has also been working with their human resources director to figure out ways to attract more employees within the county. In addition, he said the short term rental issue will hit the county hard in a major way. This is a subject that has generated much controversy in local communities. Campbell said the county officials are waiting to act on this issue, as they want to see what gets finalized by local municipalities in regulating STRs.