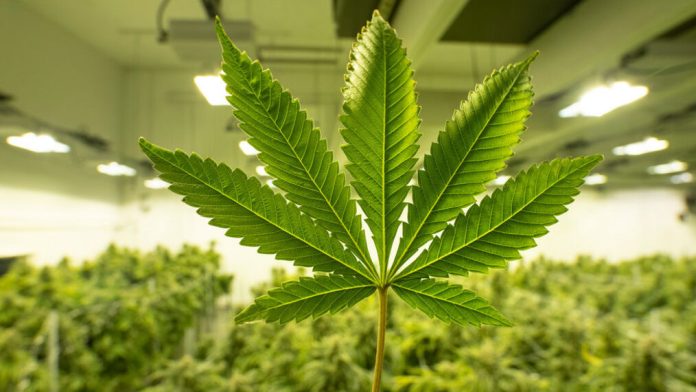 The election for 2022 has turned into one in which the drug debate has once again hit the political forefront.

The decriminalization of psilocybin mushrooms will be decided by voters statewide. In addition, a number of municipalities across the state, including the gaming community of Cripple Creek, have put the issue of allowing retail sales of marijuana on the ballot.

In Southern Colorado, Colorado Springs, Cripple Creek, and Palmer Lake all have measures on the ballot that will allow recreational marijuana dispensaries and impose a tax on these sales Whereas, the subject isn’t a new one, many people living in these communities  have said that it is about time that their cities experience the tax revenue benefits from sale of retail marijuana (which is legal statewide), instead of the money going to places like Manitou Springs or Pueblo, where sales have been allowed for several years.

In Cripple Creek, the issue has been a topic of discussion for a number of years. Proponents of legalizing pot sales have said that the city needs another line of revenue besides gaming, especially after Cripple Creek’s government took a financial hit after the shutdowns caused by the pandemic in 2020.

But as soon as the movement to put legalization of retail marijuana on the ballot, others including Teller County Sheriff Jason Mikesell spoke out against the initiative in a pronounced manner. In fact, Mikesell posted a lengthy podcast describing why he was against Cripple Creek allowing recreational and medical dispensaries last summer.

Mikesell claims that recreational marijuana sales could ruin the community feel of the county, but proponents of the measure say it could give the city much needed tax revenue. TMJ News recently interviewed Sheriff Jason Mikesell and Kyle Blakeley, the registered agent for the Cripple Creek Wins group, which has spearheaded the campaign for citizens to vote “yes” on the two marijuana-related ballot questions.

Locals Support Legalization to Help the City with Revenue

Blakely even said that with state-sanctioned legal sales of the drug, it should cut back on illegal sales in the area. “If there are people up in Cripple Creek already using marijuana they are buying it in Manitou or Pueblo or illegally,” Blakely said. “This would make it so they don’t have to do that and those other towns don’t get the tax revenue. It’s not going to create a whole bunch of new users. If (someone0 wants to use it, they are already doing it. But, the city is not benefitting from the tax revenue.”

Blakely went on to say that the city needs more tax revenue to operate due to the hit it experienced from the COVID epidemic. “The city has outlined in their master plan a lot of things that need work up there including water and sewer pipe repairs, roads, parks and recreation, affordable housing,” Blakely explained. “All of those things are primary issues that need attention and they don’t have the revenue to get to them. So, this will help them be able to do that.

Pot Proposition Critics Say it Could Ruin the County

The sheriff explained that the ballot questions are not just about Cripple Creek, and that it is a bigger issue for the whole county. He said that other cities that have legalized recreational marijuana sales have seen a slew of problems.

“There is no infrastructure in Cripple Creek for the needs that are going to be developed from the marijuana usage for the citizens,” Mikesell said. “We don’t have any hospitals; we have one clinic. We have an EMS with three ambulances. What happens if somebody overdoses? There are a lot of other needs that are occurring in the Cripple Creek area, do we really want to compound the amount of mental health issues we are already seeing?”

He said that mental health issues combined with more robberies have been occurrences in other areas with legalized marijuana sales. “Do we really want our serene county to turn into having a marijuana town with gambling and everything else? I think it is more of an issue for the whole county and not just one city,” Mikesell said.

“My issue is that we talk about alcohol, but we deal with that on a regular basis,” Mikesell explained. “Now we are talking about edibles and something a little bit more than alcohol. People will tell you all the time ‘alcohol is just as bad,’ but I think they are full of bologna. We deal with it all of the time. Do we really want to have a town in Teller County that is also selling marijuana? Why do you think that other cities aren’t allowing any more marijuana retailers? There is a reason, it is costing those cities more than they receive in tax funds to deal with the issues retail marijuana creates.”

Overall, the sheriff said that Cripple Creek and the county already have trouble with recruiting law enforcement officers and that they don’t have the manpower to deal with increased problems like crimes, mental health issues, and medical calls.

Other Local and State Ballot Issues

And in Green Mountain Falls, voters will cast tallies on continuing a slight sales tax for the Pikes Peak Rural Transportation Authority for road improvements. GMF is a member of the Authority, along with other communities in El Paso County, including Colorado Springs and Manitou Springs.

The Nov. election ballot is considered the longest in recent memory.