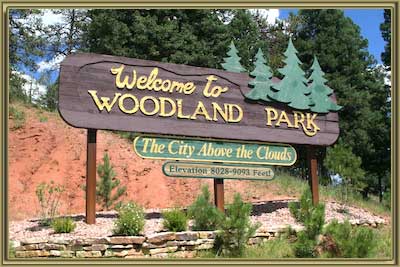 Residents and Property Owners Speak Out Against STR Ban

The days of short and non-controversial Woodland Park city council meetings have officially screeched to a halt.

In fact, so much for love, kisses, good vibes and “giving peace a chance” in the political arena in Woodland Park, as the City Above the Clouds last week experienced its first walk-out from several council members in recent months. In some ways, the atmosphere rivaled earlier times, when Woodland Park council sessions became known as the best entertainment in the region on Thursday evenings.

A last minute agenda change, having to do with short-term rentals, prompted a disagreement that ended up with  two councilmembers walking out of the meeting.

In the end, more than 30 people were signed up to speak about the issue, and the session extended for more than three hours. After hearing from the public, the council decided to table the agenda item to rewrite the STR ordinance.

This sparked much concern and confusion.

Mayor Pro Tem Kellie Case then argued that since it was a sensitive subject, the people at the meeting should be allowed to comment on the initial posting. This type of public comment, though, is sometimes not permitted for initial posting discussions, which are usually nothing more than a technical procedure. When Ott’s motion went to a vote, it failed  with a 3-1 tally.

When the ordinance came up on the agenda, the city attorney Nina Williams explained that the council had the choice to move the original ordinance to public hearing, or to choose to move the ordinance with amendments to a public hearing. The attorney explained that the amendments were added the day before to prevent the issue from having to go back to the planning commission, and to give transparency as to what was discussed during a work session two weeks ago.

Ott believed that people should only comment on the original ordinance, not on the amendments. However, Case decided to let them speak since public comment on items not on the agenda had already passed.

Williams said that the amendments were added to the public packet to reflect the wishes of certain council members, following a recent work session. And she said that people should be allowed to comment on both the amended and original ordinance.

Ott, apparently outraged by this move, immediately exited the council table, saying, “You don’t know what you are talking about!” The meeting then took a five minute recess while the city attorney chased down Ott.

When the meeting started again, council members Ott and Frank Connors were not present at the dais.

The city attorney then tried to explain what had happened with the ordinance and amendments.

“We try to do the best we can procedurally,” Williams said. “I tried to explain to Councilmember Ott that hyper technically and procedurally he is correct. However, the mayor pro tem in her discretion as the presiding officer for the purpose of community engagement opened it up for people to discuss this topic on the agenda on first reading. I feel that in weighing those two things, people are here to speak and limiting what they can and can’t speak about to be so hyper technical when we are already beyond our technical procedures and we are opening up in the interest of communication that allowing people to speak on both the original ordinance and amendments was the best option.”

“The residential STR market has played a role for decades providing lodging for guests and reliable real estate investments for owners,” said Woodland Park resident Mary Sekowski. “Many local tax paying citizens have developed business to support the residential STR market in Woodland Park. They are an important and necessary component to our local economy to bring in revenue not only from sales and lodging taxes, but it significantly increases consumer spending within our city limits. These are not out of town real estate investors these are our friends, neighbors, and local tax paying citizens whose livelihood depends on the residential STR market.”

Other speakers expressed similar views.  They believe the  council should not pass an ordinance that goes against personal property rights.

“I am concerned that by the new stance the city council is considering, by banning STRs and the majority of them including mine, that you are setting a precedent for all businesses that are being operated out of owner-occupied homes,” said resident Lisa Page. “For example, the self-employed home daycares, dog sitters, jewelers, web designers, artists, etc. Where do you plan on drawing the line when deciding what we can and cannot do in our own homes to earn a living. I’m concerned about that. I lost my job during COVID, this (STR) is helping me supplement that income.”

The STR issue has been a controversial subject in virtually all communities in  Teller County and throughout the Pikes Peak region and throughout Colorado. Both Cripple Creek and Green Mountain Falls are in the process of trying to compile rules for STR properties, along with proposing limits on how many licenses  are permitted.