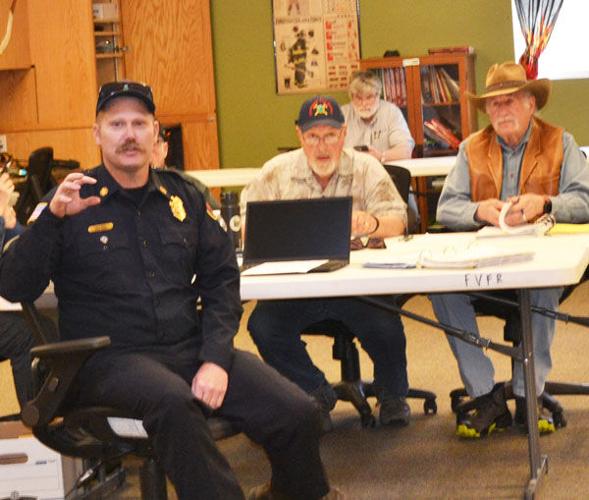 Interim Chief, Erik Holt has been selected as the top candidate for the permanent Fire Chief position.  Contract negotiations are all that needs to be completed to finalize the long process of filling the vacancy.

Change is seldom welcomed, and the district has experienced a very highly and emotionally charged period where the need for hiring a chief and selecting board members have kept the district in a perpetual state of change for the last 6 months.

In fact, the only constant has been calls were answered, lives saved, and fires were put out. Chief Holt stayed true to his convictions of professionalism and under some really unfortunate circumstances continued to successfully serve the community.

Holt brings 20 plus years of firefighting experience, with 5 of those years serving as a firefighter in the United States Army.  He is poised to serve the district at a very high level of expertise and has a genuine desire to help others.  In his interim role he has performed very well in answering over 150 calls for service. Those calls have been comprised of not only medical request for service but also significant fires, with no loss of lives or structures.

After working his way up from a volunteer finishing his first fire academy in 2002, he enlisted in the Army as an active duty firefighter serving one tour in Ramadi, Iraq from November 2005 to November 2006.  After an honorable discharge from military service Chief Holt began his professional firefighting career in 2008 serving Fort Hood, TX and eventually transferring to Fort Carson Fire until his tenure began with Florissant Fire Rescue.  Chief Holt’s passion for his profession has given him extensive qualifications and experience on just about every special operations team in the fire service.  These specialties include service on a crash rescue crew for Marine 1 during President Bush’s term in office at his private residence in Texas.  He has also served and supervised structural firefighting engine operations, truck operations, HazMat, and heavy rescue specializing in confined space, water rescue, rope rescue, and trench rescue.  He also holds an Associates of Fire Science as well as a Bachelors in Fire Administration.

The recruiting process began in May and Chief Holt was one of 18 original candidates that was eventually narrowed down to 3 finalists on September 9th.  The lengthy hiring process that included gathering input from community members, volunteers and even other professionals in the industry to written responses from 24 questions and multiple scenarios, and then finally an interview.  There were several highly qualified applicants however, in the end Chief Holt continued to rise above the others.

Holt stands out as a great fit for Florissant Fire Rescue, and has proven the ability to serve the community with focus on Life, Health and Safety even in the midst of transition.

The board looks forward to the volunteers and community uniting with Chief Holt to create a vision for building the department and serving the district at the highest levels of professionalism backed by trained staff and the resources and equipment needed to raise the bar of expectations in Teller County.