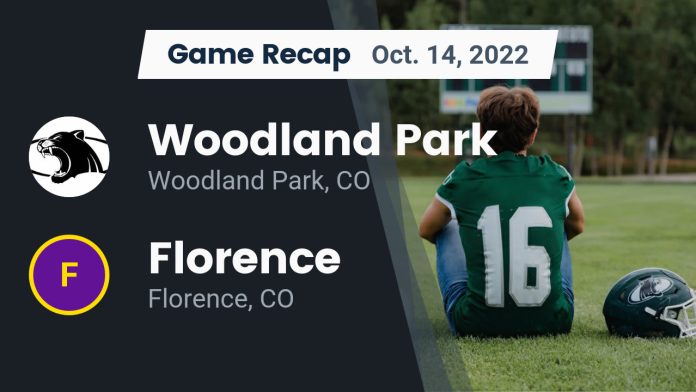 The  Woodland Park Panthers football team ended their five-game winning streak as they fell short Saturday in a highly anticipated showdown against the super tough Florence Huskies, ranked as one of the top five teams in the state

Woodland Park played hard, but they proved to be no match for the Huskies as they were shutout 39-0.

However, it was the first time the Panthers had ever played a team that ranked in the top five in the state. And Woodland Park fared better than Manitou Springs, which  got beat by a 60-0 margin the week before.

This week, the Panthers will be back under the Friday Night Lights when the travel on the road for the second week in a row to play the 1-6 Lamar Thunder. Even with the Panthers loss last weekend, their playoff possibilities still look good if they can win their last two games.