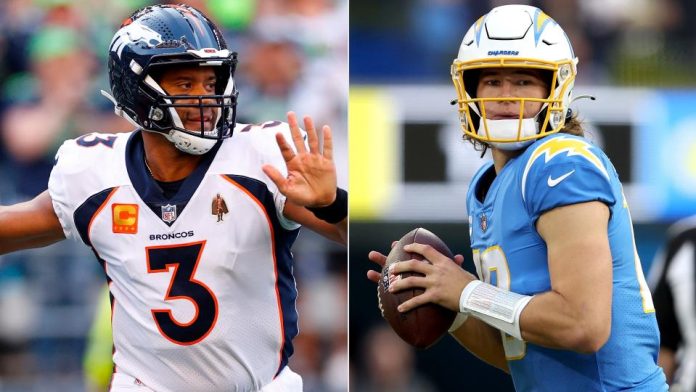 The NFL in its infinite wisdom put the Denver Broncos on prime time television five times this season.

I guess they thought that the much ballyhooed trade for Russell Wilson was going to be a made for television blockbuster. “The Trade” has so far been a total bust. The Broncos are now the laughing stock of the NFL.

Last week there were DOZENS of videos on YouTube from NFL talking heads and “experts.” ALL of them were negative commentary on Wilson’s ineffectiveness and Coach Nathaniel Hackett’s blunders. Did I mention Melvin Gordon has also single-handedly fumbled away two games? Much of the discussion from the experts centered on last week’s game against the Colts.

All of them agreed that game was harder to watch than reruns of Welcome Back Carter. The Broncos are on the fast track towards a long stretch of mediocrity like the New York Jets and Cleveland Browns of recent years. There doesn’t seem to be any way out for this team, despite having an enormous amount of talent.

That blood sucking injury bug has bitten the Broncos hard this season. There are now 12 starters on injured reserve. That’s the most in the NFL at this time. Some of those 12 are not just starters, they are the glue that kept this team together. Running Back, Javonte Williams, and Wide Receiver, Tim Patrick, have been out for the season for a while;  Safety Justin Simmons has been on injured reserve (IR) for three weeks, and now Linebacker, Rand Gregory is on IR for at least four weeks, Left Tackle, Garrett Bolles, and Cornerback, Ronald Darby are both done for the year as of last week.

This week’s game against division rival, the Los Angles Chargers, is the fourth of five prime time Bronco games. Of the three prime time games already in the books, the Broncos are 1-2. They lost to the Seahawks, and Colts, but beat the 49ers. The Chargers enter this game with a 3-2 record after barely beating the Cleveland Browns.

The Chargers are not immune to the injury bug either but they are only down three of their starters. Wide Receiver Keenan Allen, Tackle Rashawn Slater, and Linebacker Joey Bosa are on IR. Chargers Quarterback Justin Herbert suffered a rib injury in week two against the Kansas City Chiefs, but he will be playing this week. Herbert’s injury did affect his play in week three against the Jacksonville, Jaguars, but he has since been playing without any problems.

The Broncos will be traveling to Los Angles for this game, which just adds insult to injury. It’s a division game, and under normal circumstances would be a real dog fight. But with the way the Broncos’ offense is playing, this one is going to the Chargers in a large way. As of this report the Chargers are favored by 5.5-points. Rather conservative I’d say considering the lack of offense shown by the Broncos this season.

That estimate is a huge tip of the hat to the way the Bronco defense has been playing though.

Without Bosa, the Chargers’ defense is not that great. Khalil Mack, on the other hand, is not having as great a year as he has in the past, but is still a threat.

Bottom line, with Bolles out at left tackle, Wilson will be pressured heavily by the Chargers’ defense. Expect another sack fest for him. The defense may keep the Broncos in this game, but I don’t see the offense fixing their many shortcomings that have plagued them all season.