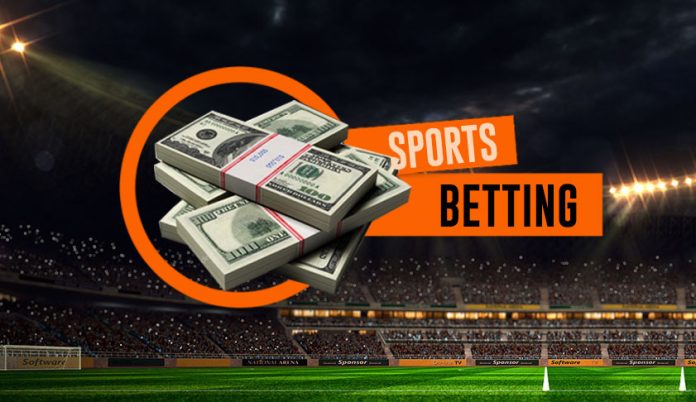 Proponents love the added excitement it brings to the gaming communities, the only areas where it is permitted through brick and mortar outlets and related apps, provided by the casinos, which mostly contract out sportsbooks for this entertainment. The green light for betting on professional sports’ games occurred through an earlier Supreme  Court decision, which got rid of the monopoly that Las Vegas and Nevada enjoyed, and a subsequent positive vote by the citizens of Colorado.

It is a huge industry, garnering  close to $8 billion in bets since it started. But on the political front, local leaders are still crying foul, as the impacted towns don’t get any of the revenue. They are currently lobbying to change this distribution.  Currently, the state is the big winner, and especially funds for a comprehensive water plan.  Money that may have gone to the gaming towns got diverted in an 11th hour move, according to city leaders and Cripple Creek’s lobbyist Salomon Malick.

Malick is working on plans to change this diversion, so the gaming cities get some of the revenue pie. Cripple Creek is actively working with Black Hawk on legislative plans to change the current funding system.

Regardless of concerns over the allocation of sports betting dollars, local officials admit it brings in extra excitement, especially with a sport-crazed state like Colorado. Plans are even being mulled to up the ante even further with  bets wagered on individual plays.

Here are some of pros and cons, based on the reports of insiders.

Once sports betting was made legal in Colorado in 2020, the industry seemed to instantly surge. Advertisements for local casinos and big national sports betting companies could be seen just about everywhere from billboards to social media to television ads.

The truth is, just like most new things, the addition of sports gambling has brought both the good, the bad and the ugly. The state has gained significant tax revenue, but the number might not be as large as many had originally thought. And, some have stated that the addition of a new type of gambling has created other issues that the tax revenue has not been helping with like the increase of gambling addiction problems.

According to the Colorado General Assembly website, every company that operates a gambling or sports betting company is required to get a license through the state and pay taxes if the business does not fall under the gaming tax exemptions. “Casinos operating on the Ute Mountain, Ute, and Southern Ute Indian Reservations in Archuleta, La Plata, and Montezuma counties are not subject to the gaming tax,” the state website site reported.

When sports betting first became legal, anyone who wanted to be involved in the industry had to apply for either on-site sports betting, mobile sports betting, or both. According to an article published by Colorado Public Radio, all of Colorado’s 33 casinos have master licenses for sports betting and two-thirds of them are licensed for mobile betting. All of the national sports betting companies like Draft Kings or Fan Duel must apply for a gaming license in Colorado in order to do business in the state.

The CPR News article also reported that during the first year of sports betting, the state collected $6.6 million in tax revenue. However, that number is relatively small compared to the over $2.3 billion that Colorado sports bettors wagered in the first year of it being legal. According to the Sports Betting Dime Website, the state has generated over $17 million in taxes between May 2020 and March 2022 out of the $6.5 billion that was spent on sports betting.

According to state law, Colorado only taxes the profits casinos make off of sports betting. So, when the house wins, the state collects a 10 percent tax on those profits. When the bettors win in sports betting, they still have to pay income taxes on their winnings, but those numbers are not counted in the sports betting tax revenue reports.

How Do the Tax Dollars Get Spent?

CPR News explained that the program first had to pay back over $1.7 million that legislators allocated to cover startup costs to regulate sports betting. Then, six percent of the tax dollars received goes into a “hold harmless fund” that is meant to make up for the loss in tax revenue from traditional gambling. “The entities that can apply for this money include the state historical fund, counties and cities with casinos, and community colleges,” CPR reported.

According to Proposition DD passed by voters in 2019, the majority of the tax revenue from sports betting goes to water conservation and storage projects. And, some of the money (around $130,000 the first year) goes directly to gambling addiction services, such as counseling and crisis hotlines.

Sports Betting Cause an Increase in Gambling Addiction

Ever since sports betting became legal in Colorado, several news outlets have reported an increase of gambling addiction issues in the state. Many have said that since mobile sports betting is much easier than other forms of gambling, the chances of addiction are significantly higher.

Peggy Brown, the board president of the Problem Gambling Coalition of Colorado told the Colorado Sun that calls and texts to Colorado’s gambling addiction helpline increased 45 percent from 2020 to 2021. “Sports betting is, at a minimum, twice as addictive as any of the other forms of gambling,” Brown said. “It’s taxing resources.”

And, even though the addition of sports betting has made addiction problems sky rocket, many have said that the issue isn’t new for the state. “Colorado hasn’t prioritized problem gaming — ever,” Colorado State House Speaker Alec Garnett told The Colorado Sun. “And so, this isn’t just a sports-betting issue. This is an issue around gambling and making sure that people have access to the resources that they need, whether it’s sports betting or table games or slots or other forms of gambling. So, it’s time for Colorado to kind of take the lead in that position.”

Many experts have said that the state underestimated how fast sports betting would catch on since mobile betting eliminates the hurdles of traveling to a casino like other forms of legal gambling. Even though sports betting is still relatively new, many of those in the addiction counseling industry have already called for the state to come up with more funds to put into helping people with gambling addiction problems.

Parts of this article were first published in The Maverick Observer

Pros and Cons of Sports Betting in Colorado