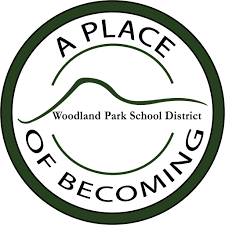 The legal effort to challenge the current Woodland Park RE-2 School Board of Education is losing momentum in the legal arena.

After last week’s regular board meeting, it was announced that the Woodland Park School board won another court battle in a series of complaints filed against them. The latest court ruling could be a sign that the fight against the board is coming to an end soon.

The first lawsuit against the board was started by resident Erin O’Connell over an item on the agenda having to do with chartering the Merit Academy into the district. District Judge Scott Sells agreed with the claims made in the lawsuit last spring, and ordered the school board to comply with the open meetings laws and clearly state all future agenda items.

O’Connell then filed another lawsuit against the board last May, claiming that the board should be held in contempt for listing an item on their May agenda as a “feasibility study.” She argued that the discussion had to do with the Merit Academy sharing part of the Woodland Park Middle School building.

Judge Sells agreed that the board “was not completely forthright and transparent” with its May 4 agenda.

However, in the end, the judge denied O’Connell’s motion for contempt. Moreover, he  ruled that the board “did not violate open meetings laws.” The judge wrote that “an ordinary member of the Woodland Park School District or person in Teller County would understand that Merit Academy was a likely candidate for discussion.”

School Board President David Rusterholtz  responded to the judge’s ruling in a press release issued last Friday. “I am humbly pleased that the court agreed we followed the law, which we will always work to do honestly and transparently,” Rusterholtz said. “With this and the recall efforts now behind us, I believe we can move forward again as a board with the support of our amazing school leaders, educators, and the community of Teller County.”

“The next board of education meeting is scheduled for Wednesday, September 28 at 6 p.m. where directors plan to update the District Purpose Statement and begin reviewing Board Governance Processes,” the press release stated. “Directors look forward to uniting the community and building an exemplary school system for Woodland Park School District residents.”