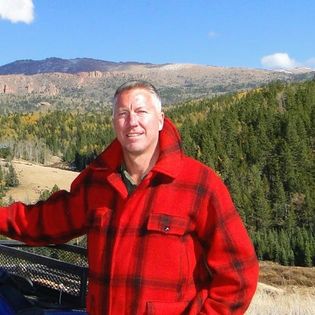 As we approach Labor Day 2022 and the end of another summer, I am reminded that this year will mark the 21st year since the attacks on September 11, 2001.

We vowed we would never forget those terrible events and that we would do our very best to educate our children.  We told ourselves that the next generation would be better prepared and would not have to relive the horror of that day. This year the children born that fateful year are 21 years old and have become adults.  Some have joined the military or become first responders, but the vast majority have sought other paths and are rightly focused on their futures.

Our generation has to be honest and ask ourselves if we have made the world a safer place for them?  Have we shared the history of 9-11 with them and the lessons learned so that they will be more prepared than we were? Have we left it better than we found it?

As new adults they have no firsthand memory of 9-11.  It is therefore even more important now that we continue to remember and tell them the story of that terrible day as they begin to assume the leadership of this great Nation.  If we are to be honest with ourselves, we must admit that they live in a world far less safe than we did, a world of change and endless chaos.  They live in a divided Nation where anger, distrust, divisiveness and conspiracy theory have become common place.  They have never known peace in their lives.

For most of their time on our planet, our country was in a 20-year war in Afghanistan.  Now they have become adults in a world where Russia is at war with the Ukraine and the threat of nuclear war has become real once again. Our children have become adults in a world in crisis. Have we prepared them for what they will surely see in the coming years? Our history must be communicated to them along with its hard learned lessons if they are to succeed.

It has been a generation since those terrible events happened and it now falls to us to tell the story.  To bravely face the future, it is important to remember the lessons of the past.  Perhaps this time around they will get it right and at least not make the same mistakes we did.  9-11 is seared into our “National Conciseness” and the lessons of that day must be carried by our children to prevent its duplication in the future.

I have noticed over the years that our nation has become distracted, even ambivalent to the details of 9-11.  The event seems somehow more distant, less personal, even surreal, leading some to not even take the time to remember.  But remember we must.

President Abraham Lincoln once said that ““You cannot escape the responsibility of tomorrow by evading it today.” Likewise, not taking the time to reflect on the events of 9-11, will only ensure that our children will be caught off guard at some future time at our enemy’s choosing.  America is still a beacon on the hill, but at times our light appears to be flickering.  The events of the past few years have led many outside of our country to question the 246-year-old American experiment. We now have very real peer competitors in space, on land and on our oceans.  Other forms of government are being looked to by the world community as alternatives to our democracy and republic.  All is not lost, however, if we take the time to prepare the next generation.

So, this year as we remember the events of that terrible day 21 years ago, standing next to others in ceremonies across this Nation and right here in Teller County, my hope and prayer would be that somehow we rekindle that sense of Nation we seem to have lost.   We need to become leaders and positive examples on this planet once again.  Showing empathy, giving grace, and leading from the front at every level still matters.  Our children have been watching us for 21 years, and the question we must ask ourselves is whether we have prepared them for the challenges they now face.

Each year on the anniversary of 9/11, Teller County comes together in Lions Park in the city of Woodland Park to remember and gather for a solemn ceremony. We remember the men, women, and children killed in the September 11, 2001, attacks to include the towers of the World Trade Center, the attack at the Pentagon, and the crash of United Airlines Flight 93 in Pennsylvania.

For our new adults ceremonies like these will remind them of how close we became as a nation in the days after the tragedy.  9-11 changed us.  It became a day of unity and empathy for all Americans – feelings that need to be restored if our Nation is to become whole again and our children successful.

Dan Williams.  Dan Williams is the District 1 Teller County Commissioner and the current Chairman of the Board, a retired US Army Colonel and multiple combat veteran, to include Afghanistan and Iraq, the Post 1980 American Legion Commander, and a Post 6051 VFW Life Member.  He lives with his wife Suzan, a retired US Army Nurse and Colonel on their ranch near Cripple Creek.

*There will be a 9-11 Remembrance Ceremony at 9 a.m. in Lions Park in Woodland Park on Sunday, September 11. The public is warmly welcomed.