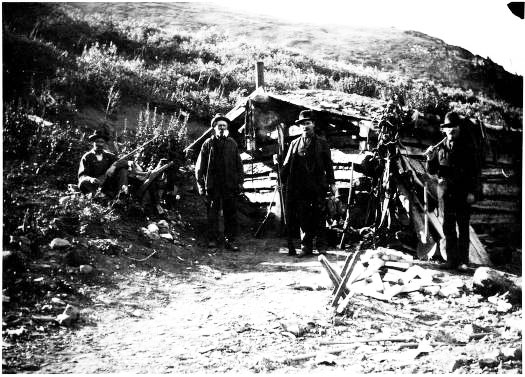 When railroad lines started get laid across the country in the 19th century, land disputes ensued between railroad companies and landowners.

The surge to get railroad lines up to Cripple Creek was no different as one land dispute led to a murder of a railroad official near what is now known as Gillette Flats.

In the early 1890s when the early signs of the gold rush struck the district,  the miners of the day quickly realized that a better way to transport supplies and gold ore was needed to travel through the mountainous terrain. There were already railroad lines that ran throughout the state but miners in the Cripple Creek District were forced to haul supplies via stagecoach back and forth from the mountain town.

Soon enough, the demand for a railroad up to Cripple Creek reached the point to where two companies raced to see who could get the first constructed line into the mining town. One line (the Florence & Cripple Creek Railroad), came up from Florence on what is now Phantom Canyon Road. Meanwhile, the Midland started to run rails from their stop in Divide.

According to the book “Cripple Creek District: Last of Colorado’s Gold Booms” by Jan MacKell, the most notorious railroad land dispute of the area occurred in late 1894 after Sylvester Yeoman, a partner in the Black Wonder mine, had a problem with the Midland Railroad running through his claim where he had a cabin. The presence of the cabin force the Midland tracks to swerve around a tight curve near the Black Wonder mine.

After battling with the courts, it was ruled that Yeoman would receive $125 in damages. One day Midland Railroad chief engineer Richard Newell Jr. decided to take a train to the cabin and serve the property owner with a court order to either move the cabin or tear it down.

Newell arrived at the cabin with the paperwork and there were three men inside the cabin. After some conversation, one of the men in the cabin, Aaron Van Houten, pulled out a rifle and shot Newell in the chest killing him instantly.

At first Van Houten tried to argue that the death was in self-defense. But after witness testimony, this claim was proved to be untrue. Witnesses said that Newell was not armed at all and that he was very polite when he was talking to Van Houten.

Authorities then arrested Van Houten for murder. The two other men in the cabin and the property owner, Yeoman, all faced charges for accessory.

According to articles written in the Cripple Creek newspaper The Morning Journal, the trail for Yeoman dragged on with the first one ending up as a hung jury. During Yeoman’s trial, more information surfaced that pointed the finger at the owner of the cabin and the Black Wonder mine claim.

After witness testimony, it was discovered that Yeoman was being malicious from the beginning and he took steps to purposefully keep the cabin at the site in order to milk more money from the railroad company. Newspaper articles from the time reported that many people in town had heard him threaten to use force to keep the cabin.

“How frequently we all have heard the advice given; ‘lf so-and-so interferes in your affairs take a shotgun and blow his head off!’ or ‘shoot him on the spot!’” The newspapers reported.

In fact, Yeoman recruited Van Houten and told him to protect the cabin by all means, even if it meant murder. Van Houten was from Aspen and many said that he had a prior criminal record and that he was suspected for murder in the past. Citizens of the town said that Van Houten had a very bad reputation.

After the murder took place on December 19, 1894, it was said that the people living in the town of Gillett kept crowds from lynching Van Houten for the murder. Instead, the murderer and victim were loaded on a train to Colorado Springs.

Shortly after the murder took place, the cabin that started the dilemma was torn down. The railroad tracks were rerouted and the Midland Terminal reached the city of Victor in late December.