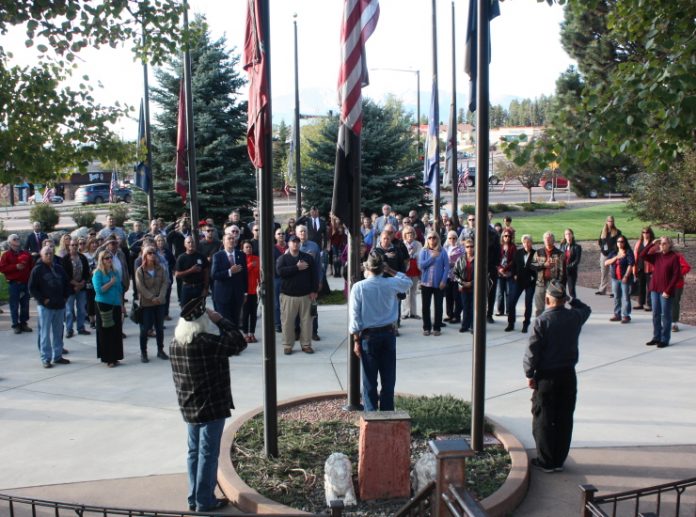 On September 11, 2001, 19 militants associated with the Islamic extremist group al-Qaeda hijacked four airplanes and carried out suicide attacks against targets in the United States. Two of the planes were flown into the twin towers of the World Trade Center in New York City, a third plane hit the Pentagon just outside Washington, D.C., and the fourth plane crashed in a field in Pennsylvania. Almost 3,000 people were killed during the 9/11 terrorist attacks, which triggered U.S. defense initiatives to combat terrorism and the establishment of the Homeland Security Department. 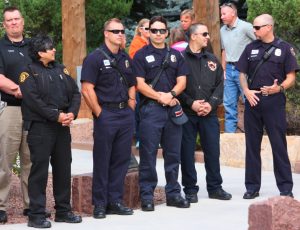 At the World Trade Center, 2,763 as a result of the two planes that slammed into the twin towers. That figure includes 343 firefighters and paramedics, 23 New York City police officers and 37 Port Authority police officers who were struggling to complete an evacuation of the buildings and save the office workers trapped on higher floors. At the Pentagon, 189 people were killed, including 64 on American Airlines Flight 77 that struck the building. On Flight 93, 44 people died when the plane crash-landed in Pennsylvania. 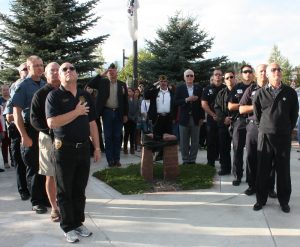 The American Legion Post 1980 of Woodland Park and VFW Post 6051, perform a memorial ceremony at Lions Park in Woodland Park commemorating the efforts and sacrifices of the first responders who charged into this catastrophe, risking danger, to save human lives and help the survivors.  The ceremony begins at 9:00 am, Sunday September eleventh.  The public is encouraged to attend. 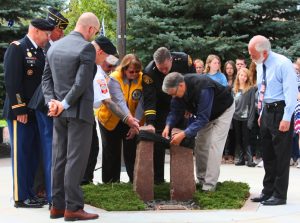 Photos and article courtesy of American Legion Post 1980. All is public domain.