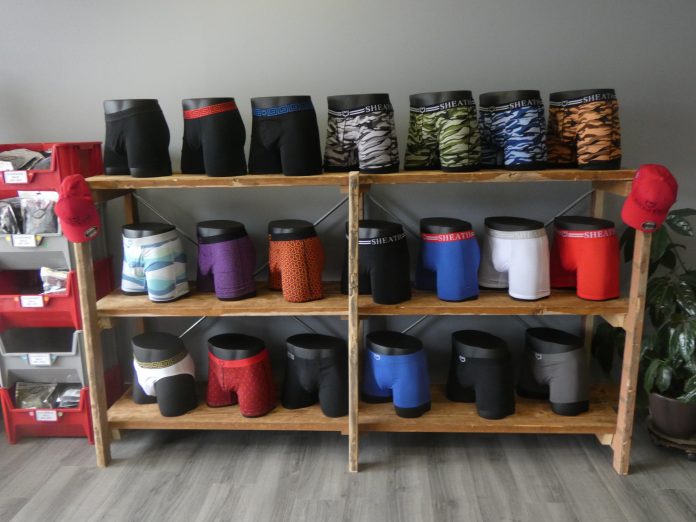 With all of  the businesses that have come to the Ute Pass region in the last several years, not too many can say that they specialize in bringing a new nationally-known, online sensation to the table.

When Sheath Underwear first opened their doors to a retail location in Woodland Park, many did not know that the highly touted product was actually invented by local residents. In fact, Sheath really isn’t a new business at all, as it was invented by a U.S. Army veteran in 2008. Their products have been available for purchase since 2013. 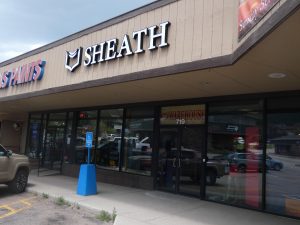 The new retail location started as a warehouse and a way to bring the founders’ business closer to the city they now call home. Before Sheath was only available online, but now the company’s founders, Robert and Stacy Patton ,are working towards spreading the word of their products locally through their new warehouse/retail store located next to the Sherwin Williams Paint Store in the Gold Hill South Shopping Center.

The story of the unique product Sheath offers all stems from a time when former Army Sergeant Robert Patton was stationed in Iraq on his second tour to the country in 2008. “It was very hot there and I was very uncomfortable,” Patton explained. “I kind of had an epiphany that if everything was separated down there then it wouldn’t be so hot and uncomfortable. I came up with the idea in Iraq and I also made some prototypes while I was there.”

A couple of years later Patton and his brother officially launched sheathunderwear.com, but it didn’t quite start selling right away. Patton left the military in 2011 and then he worked for a professional tailor from Vietnam for a year so he could learn how to sew.

The business officially got on its feet when Robert Patton launched two successful Kick Starter campaigns in 2013 and 2014. The business then really took off in 2017, when their famous “dual pouch” underwear line became popular. 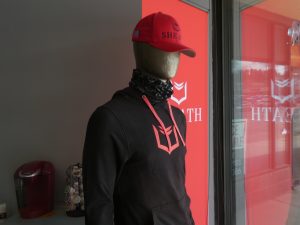 The company started making its underwear for men equipped with two pouches to prevent skin-on-skin contact. Through the years, several athletes have endorsed the under garments including mixed martial arts fighters and soccer players.

Doctors have also written testimonials on how the underwear can be good for people with certain medical conditions. Since their unique dual pouch underwear has gained so much fame, the company has expanded their product line to include other types of men’s underwear and matching under garments for females.

Despite a few setbacks since the business has been in operation, it has experienced great success.

“We sell in over 100 countries and we made like $4 million last year,” Patton said. “We have this plaque in our office that according to Inc 5000, we are in the top 100 fastest growing veteran-owned businesses in the United States. There have been a lot of accolades. We have been doubling every year. We have reached 20,000 five star reviews. And we have reached over 150,000 customers. We have sold millions of pairs of underwear.”

Patton said that the underwear is typically bought by professional athletes, but people of all ages and professions find them beneficial. “As far as our target market, is just males from ages 25 to 65, people like me,” Patton said.

Stacy Patton said that some of her customers are larger males that sit in the office and get hot during the day. She said that they had to add triple extra-large to their product size lineup and they have sold very well.

Even though the store only has limited hours now, people can reach the business owners by ringing the doorbell on the door of their retail location. They said that they plan on hiring someone locally to operate the store soon, so they can feature consistent hours.