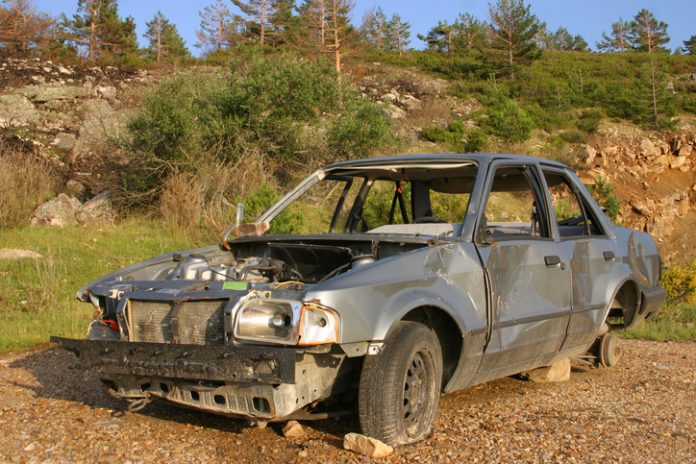 Teller residents and property owners this week will get their first review of revised laws dealing with age-old problems in the unincorporated area of the county regarding trash, old building materials and junk cars.

The days of one person’s junk serving as a treasure for someone else with limited enforcement are winding to a conclusion, with plans for clearer rules and penalties. At the same time, the issue of protecting property rights comes into play, forcing officials to tread cautiously in any type of anti-trash and junk vehicle crackdown.

County officials say they are willing to waive any possible fines against the guilty parties, if the trash hoarders take steps to clean up their properties.

These changes and more will be outlined during the next month.

On Thursday (Aug. 4), the commissioners will have a special meeting at 10:15 a.m. at the Centennial Building In Cripple Creek to review for the first time a new anti-trash and junk car ordinance. This will mark the initial reading of the county’s much anticipated rubbish ordinance

“It is not a new ordinance,” said Commission Chairman Dan Williams, at last week’s meeting during which the trash subject was briefly discussed.

At a previous meeting, Williams conceded that the county has received a huge hike in complaints, a trend he attributes to the rise in population since the last anti-trash measure was approved around 2001. Williams, who served as the county’s lead planner for many years, often viewed these problems first-hand. He has cited problems over trash, old building materials and dilapidated vehicles as the main areas of concern. Plus, he admits that some new residents are unfamiliar with the region’s rural character and often expect instant enforcement.

Officials, though, caution that the approach won’t change with the county not taking a heavy-handed approach, with the  overall goal of voluntary compliance.

With massive growth in the county in the last two decades, coupled with  a huge surge in calls and new state legislation, the county plans to make changes in its stand against junk and excessive trash.

Last week, County Attorney Paul Hurcomb outlined some of the key changes, such as violators  no longer having to face jail time, with these infractions becoming a civil penalty.  He compared the treatment of the violators to the way traffic-related infractions are handled.

Hurcomb stated the changes are necessary due to the “Law Enforcement Integrity” act that no longer regards trash violations as petty offenses.

County leaders say the same philosophy remains with Teller seeking a complaint-driven policy.  In other words, Teller officials won’t be prowling across subdivisions looking for violators and will mostly respond to resident complaints.

But at the same time, the enforcement guidelines will become clearer. County leaders concede that some residents are afraid to confront their neighbors themselves about the problems.

Hurcomb stated that the sheriff’s office will take the lead role as the main agency responding to the complaints. In the past, a number of offenses were handled by the county’s community development services.

This department will still deal with building and environmental  concerns, but the sheriff’s agency will be the main entity that deals with code enforcement, under the new approach.

In an earlier interview, Williams stated that the county wants to streamline the process more to “make enforcement easier  while protecting property rights.”

These same views were stressed again at last week’s meeting, as the commission chairman stated that one of the prime goals is to strike a balance.

The county commissioners originally planned to discuss the anti-rubbish rules last week, but opted to have a special meeting on Aug. 4. “This will allow members of the public to see it first,” said Hurcomb.

The attorney echoed the same sentiments as Williams in describing the county’s philosophy as one aimed at encouraging voluntary compliance with trash and rubbish-related complaints.  A person would have a certain amount of time to respond to any complaint.

For example, he stated that the county may possibly waive any fines, if the violator uses the (estimated f rectifies the problem.

The rubbish ordinance will be reviewed again on Aug. 25 during a public hearing with a final reading set for Sept. 8. This will mark the first time the county’s anti-trash rules have been reviewed in two decades.

In the past, these types of rules have often generated much comment from local residents, property owners and homeowner associations.