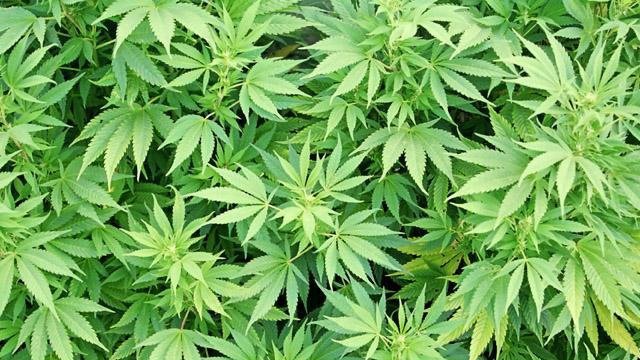 A Cripple Creek citizens group seeking to legalize recreational, medical and a variety of other options for marijuana operations throughout the gaming community has leaped their first major hurdle.

And this Wednesday, the Cripple Creek City Council will decide whether to approve the group’s proposed initiative, which would do away with current marijuana-based prohibitions. If the council says no, then the issue will be referred to the voters this November.

And in any case, a related tax question pertaining to the Taxpayer Bill of Rights implications for the measure will go before the voters, according to campaign officials.

According to the city clerk’s office, the group, called Cripple Creek Wins, succeeded in collecting more than twice the number of valid signatures needed from registered voters to qualify as a ballot issue in the upcoming election. Cripple Creek City Clerk Malissa Gish said she informed the group late last week that it had met the signature requirements for a successful  ballot initiative, and that her office tabulated 88 valid autographs from registered voters in Cripple Creek on the group’s pro-pot petition.  The group on July 25 submitted close to 400 signatures, according to campaign leaders.

The issue is headed to the city council for their Aug. 3 meeting. Most likely, the council, following the steps taken by most communities in the Pikes Peak region, will refer the matter to the voters.

If successful, the pro-cannabis proposal would make Cripple Creek the first town in Teller County to legalize retail marijuana, opening the door for a limited number of cannabis outlets.

Campaign leaders have expressed much optimism about the support they have received, citing the revenue this will generate for the community and the advantages of making Cripple Creek more competitive and adding to its visitor base.  Since the pandemic, the city has struggled financially, as gaming operators have significantly reduced their total device and game lineup, which has provided less money for the city to operate. As a result, the city has gutted funds for sponsoring events and for other popular programs.

But many key civic and political players on not on board with this growing pro-cannabis wave.

A Pre-emptive Strike against the Pro-Cannabis Movement

Even prior to the petition signature certification last week, the movement was hit by a pre-emptive strike, orchestrated  by key county elected leaders.

At last week’s regular county commissioners meeting, all three members of the elected commission panel, along with the Teller sheriff and even the assessor and former RE-2 School District superintendent, came out verbally swinging.

They labeled the measure as a pending disaster for Cripple Creek that would fuel an invasion of new problems, such as a huge spike in crime, homeless people, mental health woes, drug abuse and inadequate services to meet growing demands. More importantly, they argued that the town’s image as a tourist-friendly, family area would get shattered.

“Do the ends justify the means,?” questioned Commission Chairman Dan Williams. “This is a family town. There is no free lunch, when it comes to marijuana….We are a conservative county. What do we want Cripple Creek to look like?”

Williams cited  significant problems with the impacts this would create for additional services, such as for law enforcement, and mentioned the rather un-regulated terrain for the THC component in marijuana projects. He argued that the city would actually end up as a loser, with the cost of regulating retail marijuana exceeding the benefits. Williams suggested that  the extra $500,000 or so tax money projected from marijuana sales a year in Cripple Creek could be obtained elsewhere.

Similar views were echoed by his peers. Even Commissioner Bob  Campbell, who probably comments on these types of issues less than his fellow board members, was quite vocal in expressing his opposition. “It is  not just about your personal choice.  It is about what it is going to do to this town,” said Campbell.

Campbell made it clear that a supply shortage doesn’t exist pertaining to retail marijuana, with  users having plenty of options in Manitou Springs, and  other cities.

“The impact, you can’t overlook it,” said Commission Vice-chairman Erik Stone.  He urged people making the decision on this issue to take a close look at the patrons frequenting the marijuana outlets in Manitou Springs and observe  the rise in homeless individuals and shady characters hanging out in Manitou.

The biggest verbal strike, though, was delivered by Teller County Sheriff Jason Mikesell, who previously launched a stern campaign several years ago against illegal marijuana grow operations, with the theme, “ Get Out of Teller.”

Mikesell, whose voice was cracking with emotion at times, outlined a virtual crisis scenario if this measure gets approved. “I don’t want to see the county change fundamentally,” stated the sheriff, who indicated the community fabric of the area is at risk. He said the county doesn’t have the resources to grapple with the potential problems associated with retail marijuana. “Do we want that?” asked the sheriff in outlining the problems of such pro-marijuana cities as Pueblo, where he cited an average of one shooting per night. “It does have impacts on mental health. It brings in homeless people,” he added.

He stated that Colorado was rated as one of the safest states in the nation, prior to the legalization of recreational marijuana.  Now, he admits that is not the case, and sees this problem increasing if retail pot is approved locally.

He also described the measure as a definite loser for Cripple Creek. “It is going to cost the city more than what they are going to get out of it (from projected revenue),” said Mikesell. The sheriff also didn’t spare the gaming community in his criticism and questioned their commitment to the community. He noted that the issue is being pushed by gaming operators who don’t live in Cripple Creek.

County Assessor Colt Simmons even joined the anti-retail marijuana chorus and mentioned the impacts this would have on the courthouse, causing a probable shortage of judges. Former RE-2 School District Superintendent Matthew Neal also expressed stern opposition to the plan and suggested it would lead to more drug use among students.

Absent from last week’s anti-marijuana public attack were officials from the city of Cripple Creek.

To date, city officials in the Creek have taken a neutral stance. When he was hired as the new city administrator, Frank Salvato stated he was queried on this touchy topic. His answer:  “This is a community decision. It is not a Frank Salvato decision.”

This represents the stance taken by city elected leaders, who have mixed views on the issue.

Mixed views are also echoed by small business operators, who originally indicated some opposition to the idea. Now, they contend Cripple Creek might as well take advantage of the revenue generated from this industry.

Ironically, the latest push for recreational marijuana started last winter, when city officials told operators they were planning to raise device fees for the first time in three decades. That planted the seed for additional discussions and possible plans for the idea of exploring the avenue for retail cannabis.