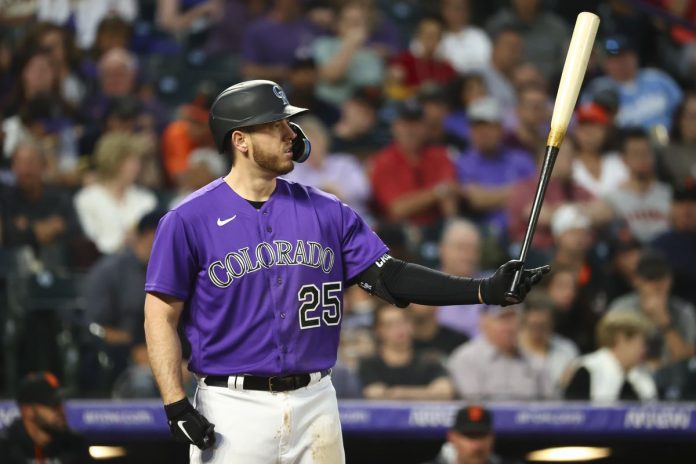 When the Colorado Rockies’ season was just beginning to start, fans were not too optimistic about the upcoming 2022 season.

But after lingering in the cellar for a good part of the summer, the Rocks, courtesy of a recent winning streak, now have a distant outside chance for a wild card spot and are within breathing distance of a .500  mark.

That’s a big improvement from past seasons.

Of course, It definitely doesn’t help that the Rockies are in a super tough division, with the likes of the LA Dodgers, San Francisco Giants and San Diego Padres. The NL West has become one of the toughest and most competitive division in major league baseball.

The Rockies have struggled most of the year, but they have been able to pick up some wins lately to put them close to the .500 mark. The Rockies did recently win five games in a row against the San Diego Padres and the Pittsburgh Pirates and picked up a couple of series wins.  Unfortunately, they lost a little ground in the last few games against the Milwaukee Brewers and are only slight ahead of the Arizona Diamondbacks (as of this writing) in holding onto fourth place.

Fans are hoping that maybe the Rockies can turn things around after the All-Star break and return to the style of play they recently exhibited against San Diego and Pittsburgh.

However, due to their division’s toughness, it still seems difficult for the Rockies to gain top rank as the Los Angeles Dodgers look unbeatable this year. However, the NL West usually  boasts of several teams in the playoffs.

Currently, the Rockies shortstop and new team addition, Jose Iglesias, has the best batting average on the team with a .300 average after 78 games played. Iglesias has picked up 86 hits and 30 runs so far this season.

However, the best hitter on the team is arguably first baseman C.J. Cron who has played 91 games which is more than any other player. Cron currently has a batting average of 0.295, and he leads the team in homeruns with 21.  Cron was the sole Rockie who earned a spot in the All-Star game.

Fan favorite and Rockie veteran, designated hitter Charlie Blackmon also has not disappointed this year. He has a 0.278 batting average and he has knocked away the second best number of homeruns with 15.

Although sidelined for most of the season due to injuries, former Cub slugger Kris Bryant, has finally returned to the Rockies lineup and is displaying signs of his former hitting magic. The Rockies obtained Bryant through a seven-year, nearly $200  million deal.

Every season though, it seems as if the Rockies do decent while at bat, but they struggle when it comes to pitching. The facts show this season that the Rockies only have two pitchers with winning records and all of them that have played less than six games have losing or .500 records.

Rockies pitcher Chad Kuhl sports a 6-5 record this season and a 4.11 ERA, he has started 17 games and he has given up a total of 92 hits. Pitcher Jhoulys Chacin has a 4-2 record, but only a 7.23 ERA during the 31 games he has been a relief pitcher.

Pitchers German Marquez and Kyle Freeland have started the most games this season at 18 each. Statistically, pitcher Daniel Bard is the team’s best reliever with a 3-3 record and a 1.96 ERA.

Last Monday, the Rockies just finished up a four-game series against the Milwaukee Brewers. On Tuesday and Wednesday, they play the Chicago White Sox at Coors Field. Then from Thursday thru Sunday, they challenge the tough Dodgers at home before hitting the road to play five games against the Padres on the road starting next Monday.