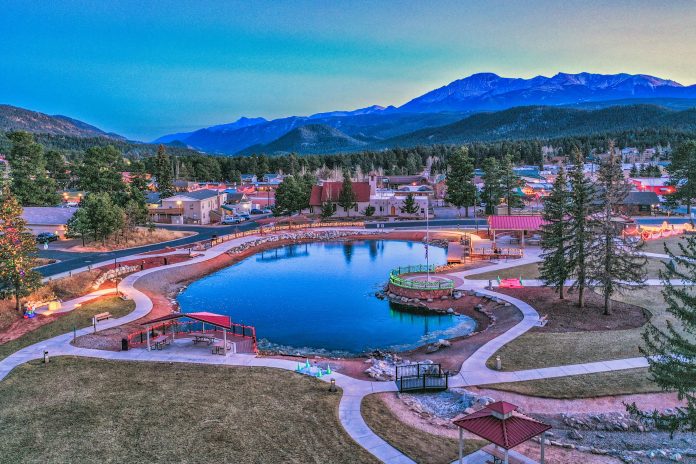 For the last few months, the July 21 date has dominated social media platforms as the long-awaited D-Day for Woodland Park elected leaders to render a decision on a major planned unit development (PUD) change for Charis Bible College, opening the door for the institution to build housing with key fiscal alterations to their original agreement.

Most notably, the housing project would no longer be designated as a for-profit venture, meaning that it could not be eligible for property tax revenue. That decision could impact the city and local emergency service groups, but also it would play a significant legal verdict on how nonprofits in the region are taxed in the future, or dealt with by local governments.

Social media posts called people to action to show up at the meetings and speak their opinions after the planning commission took no stand on the tax-related question, and forwarded the issue to the city council.

The commission did agree to a sight change in the height requirements, but that alteration wasn’t that contentious.

Critics of and proponents of the project will now have to wait several weeks to express their views. The issue was listed only on the agenda for initial posting, as part of a procedural style that is different from statutory towns in the area. The council first puts items on the initial postings section of the meeting to vote whether or not to send the issue to a public hearing where comment from residents gets heard. In fact, the initial posting is mainly just an opportunity for the staff to outline the technical details of the approval process.

In fact, at the very beginning of last week’s regular meeting, Woodland Park Mayor Hilary LaBarre made an announcement to the public explaining that the item on the agenda related to Charis was only up on initial posting. As a result, they would not be taking any public comment during the session.

The mayor explained that during initial posting there would be no public comment because neither the council nor Charis would be given the floor to speak on the topic.

And then once the item came up on the agenda the city’s attorney Geoff Wilson echoed similar views and explained to the council exactly what the initial posting item means. “This a vote on process and essentially this is a vote for the applicant being entitled to a fair hearing,” Wilson said. “I’d like to believe respectfully that the vote up here would be unanimous for the applicant to have a fair hearing.”

Woodland Park Planning Director Karen Schminke first gave a short statement explaining the item that was up for initial posting. Afterwards, the council voted unanimously to send the item to public hearing on August 4.

So at least for now, the expected political fireworks show for this application has been put on hold.

The issue first came about when Andrew Wommack Ministries (AWMI) and the Charis Bible College went to the planning commission to amend the PUD for the college so that they could start construction of the housing. The applicants requested a height variation to build the building higher than 35 and to remove a past condition of the college having to partner with a private company to construct the dorms.

The planning commission recommended approval of the height variance, but then they made no recommendation to council on the second major item to remove the conditions originally set when the college was constructed in 2014.

During the public comment portion of last week’s meeting, local resident Tracie Bennitt addressed council with the purpose of reminding them that this year is the 20th-year anniversary of the Hayman fire that struck the region in the summer of 2002. The fire that year quickly grew and became the state’s largest forest blaze.

“I was sitting at Java Junction at Gold Hill Square and I was watching the flames and the smoke occurring in the northwest corner of the county and freaking out,” Bennitt said. “The owner of the coffee shop then told me I needed to do something and suggested that I raise money for the firefighters. We were able to raise over $100,000 and you have to think this was pre-social media. So, I was out on the radio and television every day for three weeks straight asking for what we wanted and needed for the local fire departments.”

Bennitt then ended her speech by reminding the city that local emergency services need to be prepared for another similar event in the future. She emphasized the need for extensive training to be better prepared for giant wild fires.

During the meeting last week, owner of the Red Diamond Gastro Pub James Deimling went back up in front of council to get approval for a liquor license at a new location. Deimling was approved earlier this year to operate his pub at the Rhapsody location.

But after the original deal with the building didn’t end up working out, he was able to find a new location in the Gold Hill North Shopping Center where a bakery once sat. “My last location fell through for some reasons that were meant to be I guess,” Deimling said. “I am remodeling the whole bakery and it’s not going to look anything like it used to. I will still have the same concept. I still want to do six dollar burger nights and fish fries.”

The council approved his license for the new location and Deimling said the doors would open to his new Red Diamond Gastro Pub once the remodeling work gets completed.