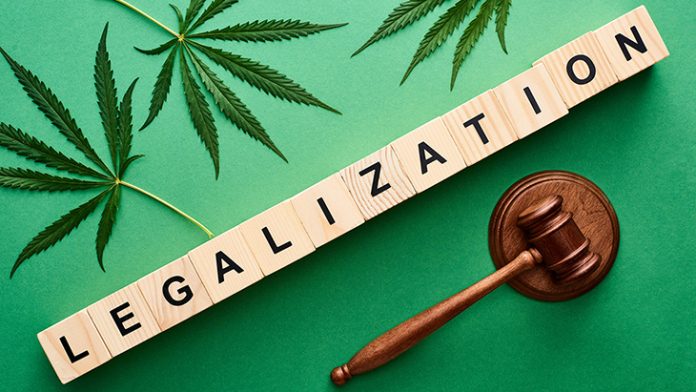 A citizens group seeking to open the doors for  recreational and medical, retail marijuana outlets in Cripple Creek has received the initial green light and is ready to round first  base in its long-awaited campaign sprint.

As a result, petitions should be openly distributed in Cripple Creek this week, with the first initial deadline set for July 25. Then, if the effort progresses and sufficient valid signature are obtained, the issue would land in the laps of the city council on Sept. 7.

The council would then have the option of accepting the petition as proposed or referring the issue to the voters. But in any case, a vote would have to occur on the possible tax implications due to the requirements of the  Taxpayer Bill of Rights. Most likely, the council, based on past comments, would opt to have the issue of legal marijuana decided by the citizens of Cripple Creek.

“We are set to get started,” said Kyle Blakely, the registered agent and campaign leader of the group, called “Cripple Creek Wins.” “Our petition has been approved. We can start collecting signatures.”

The group only needs between 40 and 50 signatures from registered voters in Cripple Creek for a petition drive that would permit a wide range of cannabis-related business operations on a limited scale, similar to what is allowed in Manitou Springs.

“We expect to get a lot more signatures (than those required) to demonstrate the support for this effort,” added the campaign leader, who said the petition would move into high gear starting on Monday.

Blakely, a representative of the Colorado-Springs-based Avant Strategies, has cited the strong economic and community benefits of the campaign. He and other pro-cannabis supporters cite the fact that Cripple Creek  is one of the few tourist/entertainment towns in Colorado that doesn’t permit retail marijuana. The other gaming communities in Colorado, Black Hawk and Central City, do permit retail marijuana shops.

The effort is heavily endorsed by the Cripple Creek Casino Association.  In fact, discussion on this issue actually began last winter, when gaming operators urged city officials to consider other revenue options, instead of relying so much on the gaming industry. At the time, city officials told gaming operators that they planned to raise the fees slightly on betting devices for the first time in several decades.

For months, speculation  has mounted regarding the prospects of a pro-marijuana initiative, but until recently, no actual strides in this direction occurred.

The wait is now apparently over.

To help further entice community leaders and residents in supporting the issue, the petition calls for at least 25 percent of the excise tax revenue to go towards “advertising entertainment and recreation for adults in the city of Cripple Creek.” Currently, the reduction of marketing pursuits in Cripple Creek has been a sore spot with many nongaming and small business operators and residents.

The city, which once sponsored a laundry list of special events, a lineup often referred to as the “Summer of Fun.”  has backed out of doing any festivals in 2022 and does limited promotional activity.

According to the petition, the proposal calls for limits on the issuing of licenses for a variety of cannabis business types. And even if the effort gets voter approval, retail marijuana shops won’t occur overnight, as the city would have to adopt licensing guidelines.

The topic of legalizing marijuana shops locally has generated a variety of opinions.

“This is a community decision,” said City Administrator Frank Salvato, who stated that the staff would stand behind whatever verdict is made by the voters of Cripple Creek. This has been the stance taken by members of the city council.

Other Elections of Interest

In any case, election officials throughout the region face a busy time in the next few months. Besides a possible marijuana vote, Teller officials are soon waiting on the outcome of a recall petition drive against three current board members of the Woodland Park RE-2 School District, elected last November.

According to Teller County Deputy Clerk Stephanie Kees, officials may have to grapple with the tabulating of 9,000 signatures, if the recall group reaches their goal later this month.

Due to various deadlines and protest periods, it is not certain if an election could occur  in November on this issue, even if the recall group garners enough signatures from registered voters in the district. Recalls at the school district level often involve a number of hearings and protest periods. This is what occurred during the most recent school-related recall, which targeted several board members of the Cripple Creek/Victor RE-1 School District.

And in yet another election twist, the county was informed recently it may face a recount for  previous primary races. The Secretary of State’s Office was inquiring about the cost of a recount in every county. This request was prompted by allegations of “malfeasance occurring” in the recent GOP primaries by the losing candidacies of Ron Hanks for U.S. Senate and Tina Peters for Secretary of State. Both candidates lost by sizeable margins.

Hanks lost to Joe O’Dea, while Peters finished a distant second in a three-person GOP contest won by Pam Anderson. These respective losses were part of a state-wide trend to support more moderate GOP candidates. O’Dea will square off against incumbent U.S. Senator Michael Bennet in November, and Anderson will compete against Jena Griswold.

However, in Teller County, Hanks actually gained the support of  most GOP primary voters.  He also attracted much support by hardcore Republican leaders.

According to a KRDO television news report, this official call for a recount wasn’t pursued in time to meet the July 15 deadline.  The issue was briefly discussed at last week’s county commissioners meeting.

The cost of a recount would have been more than $200,000 for each race, according to estimates done by the Secretary of State’s Office. The respective losing candidacies of these races, making the allegations of voter fraud, would have had to pay for these costs.

State and local officials have stated that any individual or interested party can request a recount, but that person or persons must foot the expenses, unless the vote falls into the close margin mandating an automatic recount.  On a statewide basis, that outcome is very rare, but occurs more  often in local elections.