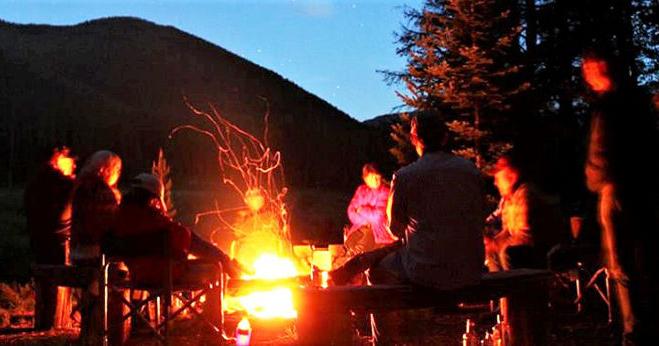 For the first time in months, Teller residents, visitors and campers no longer have to worry about any fire or burn restrictions.

But at the same time, locals are advised to remain vigilant as these conditions are quite volatile and can change rapidly.  Moreover, don’t be fooled by the monsoon moisture patterns, as this rain dance won’t last very long.

In a decision that generated no debate, the Teller County commissioners, following the recommendation of emergency management director Jay Teague, agreed to rescind the Stage 1 fire restrictions. These restrictions mostly dealt with open campfires and trash burning and outdoor cooking and smoking, and the use of fireworks

The move wasn’t unexpected due to the vast increase in summer moisture trends, and follows the actions of other similar jurisdictions, including the U.S. Forest Service.

Teague admitted that Teller County is often the last jurisdiction to “join the dance,” regarding easing up of burn restrictions. He said the latest recommendation was made reluctantly. “We always err on the side of caution,” said Teague.

But he admitted the latest recommendation was impacted by a substantial 15 percent-plus hike in moisture activity and the fact that a recent fire, which occurred in Florissant, was tamed relatively fast and showed no signs of spreading. That latter trend marked a  big area of consideration as in mid-May, the smallest sign of burn activity often turned into a raging blaze.

In fact, several  months ago, just prior to the High Park fire, Teller officials imposed Stage 2 restrictions, which is one-step away from shutting down the entire region from recreational use.

The High Park fire then scorches more than 1,500 acres and led to a score of evacuations. Teller appeared headed for another Hayman or Waldo Canyon-like disastrous season. Memories still linger from those earlier fires that put the county on the red danger map.

The saving grace came in the form of an unprecedented late May snow storm that delivered close to 30 inches of snow.  The storm helped tame the High Park fire. This paved the way for regular bouts of summer moisture, as the county resumed its traditional monsoon patterns.

About a month ago, the county retreated from a Stage 2 to more traditional Stage 1 restrictions, which is what residents normally experience every summer.

But now, officials are confident that all restrictions can be released.

In addition, Teague noted that forthcoming weather predictions call for 50 to 60 percent chances of daily storms.

The commissioners agreed with the recommendation to release the county from any burn or fire restrictions. This  news was well-received, especially as Teller enters the main phase of its summer tourist season.

“We are in the middle of a monsoon,” said Commission Chairman Dan Williams. Both he and Commissioner Bob Campbell noted that current conditions justify this action. They also cited the fact that this recommendation was supported by fire chiefs in the entire region.

Even with taking this action,  Teller leaders remind residents that fire dangers remains quite strong in the region.

In other county news, Teller County Assessor Colt Simmons told the commissioners that Teller probably experienced a record low in the number of protests from valuations.  He argued that many residents realize they are getting good services for the money they pay in taxes.

On the legislative front, Simmons cited several bills of interest. But the one are that state lawmaker have remained extremely  quiet on deals with the controversial subject of short-term rental properties. This issue has triggered much comment at the local level across Colorado.

As a result, speculation is mounting that state lawmakers may craft their own legislation to further tax these properties or to place them in a different classification.