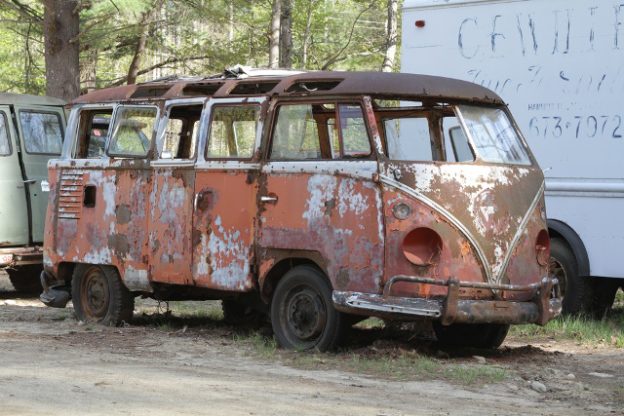 The good old “Mayberry RFD”  days of one person’s junk becoming a local treasure for someone else are winding to a conclusion, with the growth in population and changing demographics for Teller County.

In fact, officials contend that complaints are on the rise regarding code violations, especially in the area of excessive trash, old building materials and delipidated vehicles.  This is a touchy area that often triggers neighborhood feuds, instances of  “bad blood”  and court battles. In the past, officials have contended with rules with no teeth and a lack of enforcement and overall problems regarding consistency in anti-trash crackdowns and fines.

That scenario could soon change, with a forthcoming anti-trash regulatory effort, expected to kick into gear later this month. That’s when  the commissioners will introduce revised code enforcement rules pertaining to trash and junk cars. The process, though, won’t occur overnight.

County leaders are prepared to start the process of revising their rules regarding their  20-plus-year rubbish ordinance at their July 28 meeting. They say their philosophy will stay the same, but they want to streamline the process better to facilitate  enforcement and to provide more consistency. Plus, new state legislation has dictated  some changes, with certain violations now being determined as civil. With the new changes, code enforcement would mostly be handled by the sheriff’s office, and operate with a single point of contact for complaints.

The county’s community development services will then deal with complaints for environmental and building violations.

Teller County will still operate with a complaint-driven process, and won’t resort to active patrols by government officials and law enforcement agencies.

“We want to make it  easier for code enforcement , while protecting property rights,” said Commission Chairman Dan Williams, who previously served as a county planner, and often viewed these problems first-hand. “We are not heavy-handed.”

He said new state legislation has prompted the need for the change, along with changing times for Teller County.  Williams noted that their current rules are quite outdated, since they were adopted around 2001.

As a result, he admitted officials have been confronted with a big hike in complaints. “We get calls regularly,” said Williams. Much of this increase in complaints is a byproduct of the increase in population, according to the commission chairman.

When their current anti-trash rules were adopted, Teller only sported a population of a little more than 10,000 people.  Now, the county has a population that has nearly hit the 26,000-mark, noted Williams.

With this increase in residents and property owners,  the county has experienced a big surge of complaints from many areas of Teller, and not just in specific subdivisions.  At the same time, the area has some new residents who don’t understand the region’s rural character and expect instant results.

At the same time, Teller needs a single-point of contact for complaints and more updated rules.

“It is a lengthy process,” said county attorney Paul Hurcomb, at last week’s meeting. But he said the process needs to get underway as soon as possible, as it will take considerable time with the public notification requirements.

The process will kick-off later this month, and will take a number of meetings. “We want to take a fresh look (at our rubbish rules),” said Commissioner Bob Campbell. He doesn’t believe the overall problems have significantly changed.

Williams stressed that the county is not trying to embark on a big crackdown against violators, but it needs to respond to changing state legislation and a slew of complaints. He said the  main goal is to establish more cooperation among (junk and trash) violators, prior to taking any enforcement action.

“Our goal is volunteer cooperation,” said Williams.  He said the process will still be driven by resident complaints.

Still, new code enforcement rules often generate much debate throughout the county. Williams said that most complaints now have centered on a lack of enforcement.

The county experienced a similar trend, when it embarked on new rules pertaining to camping.