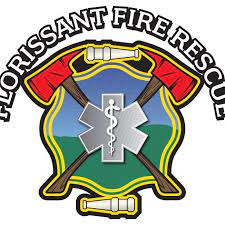 For the last several months, it has been tough for Teller County residents to get on social media without hearing  about the ongoing drama regarding the Florissant Fire Department.

The confusing story with many strange twists and turns finally came to a conclusion last week when the Teller County Board of Commissioners held a special meeting to choose two candidates to appoint to the Florissant Fire Protection District (FFPD) Board, which has been besieged by infighting for some time.

The commissioners were asked to take over the appointment of the board members after the department battled internal turmoil for the last few months. Once asked to be in charge of forming a new governing board, the county commissioners advertised for applications to fill the two board positions.

In the end, County Administrator Ross Herzog narrowed down the field of candidates to the top four best options. Once Herzog had made his picks, the commissioners decided to call a special meeting on July 6 to interview the four prospective board members.

On July 7, the commissioners held another special meeting that was open to the public. During the second meeting, the commissioners gave ample time for public comment to hear opinions from the audience of the top four candidates: James McGregor, Justin Snare, Amanda Sutton, and Starla Thompson.

After hearing from the public about the candidates, the commissioners then individually discussed each of the people wanting a position on the board. After the discussion, the commissioners voted unanimously to appoint Thompson and Sutton to fill the two open seats. Thompson is a certified emergency medical technician, while Sutton is a former general supervisor and data manager with the state Office of Early Childhood.

The turmoil within the fire department all seemed to start after former fire chief Mike Bailey got into an argument at a board meeting about posts on social media, and then asked board member Erik Holt to resign.

During the turmoil, the county’s former emergency management director Don Angell got caught up in the drama and ended up getting arrested after an altercation with Bailey. Angell and his wife (the department’s administrator) went to Bailey’s house to retrieve the fire chief vehicle when the incident ensued that ultimately led to Angell’s arrest on harassment charges.

The saga for the small town fire department continued for the next few months as many community members were outraged. The board meetings got heated with board members threatening citizens and not allowing them inside the department building.

After the board has enough members to reach a quorum, they will then start to conduct the business of the fire department. At the time this article was written, Erik Holt was still the department’s interim fire chief.

It will be up to the new board to determine whether Holt will stay on as chief or if he will be replaced. It is currently not known if the new board will choose to answer the cries of district residents to bring Mike Bailey back as the department’s fire chief.