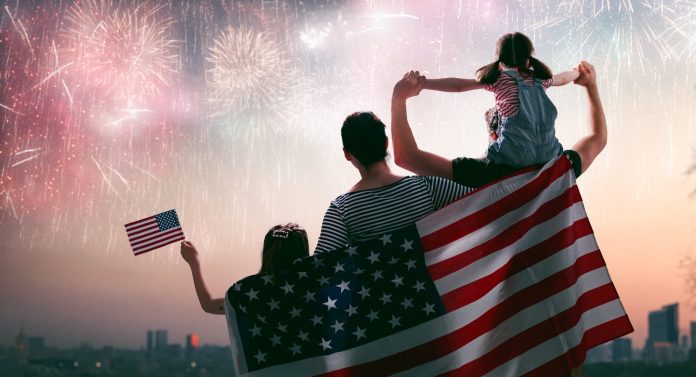 On Independence Day, communities across the country will be hosting celebrations to honor the 245th birthday of the United States.

The holiday is one of the country’s most popular every year as many Americans spend the day barbecuing with friends and family members.

This patriotic spirit especially runs high in the Ute Pass region due to the strong dominance of military veterans.

Locally, the Independence Day and the entire holiday weekend is abuzz this year with special events, shows and festivals. Here are a few highlights:

GMF is slowly becoming a prime spot for events around the Independence Day holiday, thanks to their annual summer festival. With the Green Mountain Falls Skyspace attraction now open, the area is a prime spot for visitors this summer, and could put the town on the international arts map.

In fact, the Green Box Arts Festival has a slew of special events scheduled during the summertime that showcase live music, theater, ballet, art displays, classes, block parties, community forums and hiking expeditions. The festival, which kicked off on June 18, reaches a grand climax on July 4.

And then at 10:30 a.m. at the Red Butte Recreational Area, the Friends of the Ute Pass Trails will be putting on a guided hike and dedication of the newest trail system in the town that provide a scenic gateway to the new Skyspace facility. The hike is rated as moderate and it will start at the Green Box Farm Stand and lead hikers across the trail system.

And then at night, the 14th Annual Green Box Arts Festival will be celebrating its closing night with a special free block party at the farm stand. This year live music will start at 7 p.m. and go until 9 p.m.

The block party will feature live performances from the all-female trio The Denver Dolls and award-winning Spanish guitarist El Twanguero. After the concert at 9, the party will move to the lake where lanterns made throughout the day will be released

As far as other Independence weekend highlights,  Green Box will also feature the annual mayor’s forum on July 3 at the Sally Bush Center at noon. In addition,  an outdoor performance by the Theaterworks’ award-winning company, based in Colorado Springs, will occur the same day with shows of “The Tempest “at 1 p.m. and 5 p.m. at Mountain Road Corner.

Woodland Park has been a well-known place to visit on Independence Day for several decades due to its popular Old Fashioned Fourth of July celebration. The festivities start at 9 a.m. at the city’s Memorial Park.

It will feature a multitude of vendors that offer good food and beverages for event goers. The festival will include live patriotic music from the Woodland Park Wind Symphony and activities for the kids such as fire truck rides.

At 1 p.m., the Ute Pass Historical Society is putting on their annual Cemetery Crawl at the Woodland Park Cemetery. Visitors will have the chance to hear stories from the people of the city’s past while they take a guided tour through the graveyard.

Another factor that makes Woodland Park’s Fourth of July festivities so special is that events continue through July 5. At 10:30 a.m. at the Woodland Park Middle School the Nick Naples Soaring Eagles Disc Golf Open tournament takes place until around 3 p.m. to remember a local boy scout who died in a tragic car crash.

And then starting at 5 p.m., probably Woodland Park’s most well-attended event, The Symphony Above the Clouds, takes place at the Woodland Park Middle School’s football field. This year the concert will feature performances from all local acts for the second year in a row.

The Woodland Park Wind Symphony will serve as the event’s main act this year, and the local band,  A Stick, A Pick and a Chick, will be opening the show starting at 5:45 p.m. In lieu of fireworks or cannons  for the show’s grand finale this year, the city of Woodland Park and Park State Bank will be sponsoring a special drone laser light show.

The shooting off  of fireworks in a rare pyrotechnical style is often are regarded as a central feature of many big Independence Day celebrations in Colorado and across the country.  In fact, these traditional fireworks  celebrations have donned the national landscape since 1777, when the city of Philadelphia celebrated the country’s first year of independence.

However, due to the growing risk of wildfires and a fireworks shortage, many municipalities in the high country have chosen to cancel these shows in recent years. Luckily, the  city of Cripple Creek is the one town in the region that has continued to keep this tradition alive. That local tradition is pretty amazing considering the size of the community.

Starting at about 20 minutes after dusk (around 9:30 p.m.), the city will host one of the biggest fireworks displays in all of Southern Colorado. The fireworks will be shot off from an area on the south side of town which allows them to be enjoyed by spectators just about anywhere in the city.

Many visitors come to Cripple Creek just to witness this show, as the area has an ideal setting for fireworks’ displays..

A variety of other celebratory events will occur throughout the historic Gold Camp district. For more information, visit the city websites of Cripple Creek and Victor.