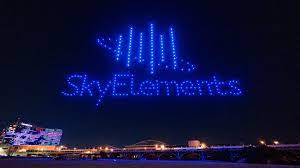 In partnership with the Ute Pass Symphony Guild and Park State Bank, the City will host a
patriotic aerial drone display for the Symphony Above the Clouds on July 5 at the Woodland
Park Middle School.

The Symphony Above the Clouds is a free community event held on July 5 each year in
Woodland Park. This year, the event features music from the Woodland Park Wind Symphony. For the first time ever, the City, with support from Park State Bank, is hosting a drone flyover show as the grand finale.

The patriotic display will begin at approximately 9:30 pm on July 5 at 600 E Kelley’s Rd. The baseball field and surrounding area will be closed off and used as the launch area for the drones. Valley View Drive will be closed for approximately fifteen minutes during the display. The audience can watch the Symphony and the drone display from the Woodland Park Middle School track.

The City began looking into creative alternatives to fireworks after several years of canceled Fourth of July fireworks due to varied limitations including fire bans, supply chain issues, and difficulty securing operators. Drone company Sky Elements provided the City with a proposal for a 13-minute drone show which they have designed specifically for the Symphony Above the Clouds’ Grand Finale. Viewers can expect patriotic images coordinated to the sounds of the Symphony.

Says City Manager Michael Lawson of the event, “We are excited to bring our community a fresh and exciting way to celebrate independence. We hope folks come out and enjoy this unique mix of American tradition and cutting-edge technology..”