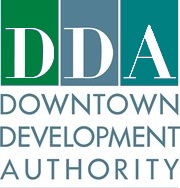 This move wasn’t surprising, but it again shows the changing political cards of the current cadre of elected leaders, who have made it clear they aren’t happy with DDA’s old guard.

Wilson’s seat was replaced by David Mijares before her term officially finished. Mijares did not turn in an application to reapply. The council received another application from the owner of Joanie’s Deli and Bakery, Rebecca Ruddell, to fill Miares’ seat. In addition, Larsen reapplied for another term on the DDA.

The council interviewed both applicants and in the end only appointed Ruddell to fill the two seats. At the end of discussion, Councilmember Robert Zuluaga made a motion to re-appoint Larsen to the DDA, but his motion did not receive a second by any other council member.

Therefore, the subject of reappointing the DDA’s chair never even made it to a vote. The council did however, approve and swear in Ruddell as the newest DDA member.

The ousting of Larsen marks the end of a legacy. Larsen was one of the last original members of the DDA  and actually was part of the group that conceived the idea before it became a reality. During her speech, Larsen highlighted all of the good things the DDA has accomplished since its existence, including the Dinosaur Resource Center, Tractor Supply and Woodland Hardware.

At the end of the meeting, it was stated that Larsen will remain in her position as DDA chairperson until her contract ends on June 30. At the end of the discussion, Larsen made a comment suggesting that the council’s decision did not surprise her.

“I knew the council wouldn’t reappoint me to the DDA,” Larsen said. The council then stated that they would advertise for Larsen’s open position to try to get more applicants.

Tensions have persisted between the old guard of the DDA and the current council.