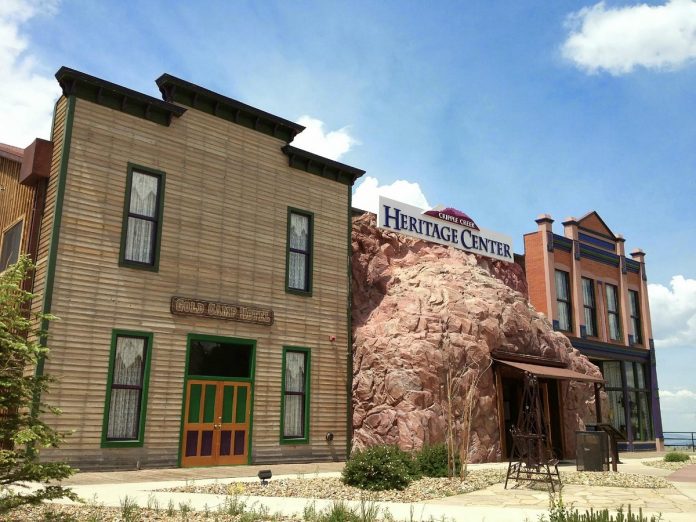 When people think about spending a day in Teller County many immediately think of the gambling options available in Cripple Creek.

Others may try to plan their trip around one of the region’s several events or decide to spend the day in the beautiful outdoors.

However, one growing hidden treasure many don’t seem to consider in  Teller is their abundance of non-gaming businesses in the region to check out. From great places to stay and eat, to museums  check and rare places to shop, the Ute Pass region sports plenty of options for fun activities.

So, for those who say gambling isn’t really their thing, there is still plenty to do in the high country. The following is a list of some (but not all) of the non-gaming businesses in the region that are worth taking some time to check out.

In the past year or so, the Ute Pass region has slowly become a prime culinary hub. New eateries and saloons seem to be popping up all over the region and many of the eateries that have been around for years are still running strong.

In the middle of Ute Pass in Cascade, the Wines of Colorado was recently taken over by new owners and preliminary reports indicate their food is now amazing. The town is also the home to a new Vegan eatery called Fern’s Diner and Drinkery that recently opened up in the old Mildred’s Café location at the foot of the Pikes Peak Highway.

Green Mountain Falls hasn’t really gained any new eateries, but people still love to go to the town and check out their mainstay restaurants. The Pantry has always been a favorite for breakfast and lunch and the Mucky Duck caters to those wishing for more of a fine dining experience. The Blue Moose Tavern prides itself in winning the region’s best pizza award for the last several years in a row. It also was rated in the most recent survey as the best place for live music.

Some great local acts play there.

In Woodland Park, it seems as if the city has really stepped up to be a culinary hotspot and a place for barhopping. The city has experienced the largest number of new eateries in the last year than any other town in the region.

The Stuft Food Emporium and Peak View BBQ are two of the newest spots on the east side of town and many seem to enjoy their food and beverage options. In the downtown region, Judge’s Chargrill is becoming very popular for the Mexican/American Cuisine.

For breakfast and lunch, people seem to enjoy the famous eateries that have been around for years. Just about every day, the parking lots of Joanie’s Deli and Bakery, Grandmother’s Kitchen and the Hungry Bear can be seen filled.

110 Reserve likes to be a called a “social gathering spot” instead of a bar or restaurant and it has gained a lot of popularity in the year it has been open. People can hang out on their patio and enjoy views of Pikes Peak while having some food or a beverage.

Bierwerks and the Historic Ute Inn are also two popular hangout spots centered in downtown that people like to bounce back and forth from. The downtown region will also be adding Thai Wild Eats and Billiards Hall and the Belmont Whisky House to their lineup soon.

For those wanting different tastes, Woodland Park is also the home to three Asian food restaurants and three Mexican Food eateries. The food truck craze has also struck the city as several trucks and trailers can be seen across town including at the food truck rally on Wednesdays at the Brazenhead Marketplace on the west side of town.

West of Woodland Park McGinty’s and Russ’ Place in Divide seem to be favorites. The Iron Tree and Thunderbird Inn in Florissant also seem to have some loyal followers. There also is a new BBQ joint that just opened in Lake George.

In Cripple Creek, many seem to enjoy the casino restaurants, but there are now some new options. The Creek Restaurant has really made a name for themselves in their first year and the Gold Camp Café just opened up. Plans are being proposed too for a new mercantile, with a bakery, take-out food items and retail. And later this year, the District Saloon, which will occupy a site, once housed by 9494.

For lodging, Woodland Park’s Country Lodge and Microtel seem to be the favorite places to stay. However, bed and breakfasts in the region also seem to be popular such as the Edgewood Inn in Woodland Park and the Cripple Creek Hospitality House. Pikes Peak Paradise just west of town is new and also gaining in popularity.

Besides being a good place to go to eat and stay, the Ute Pass Region also sports several retail spots to shop. The area now offers several niche shopping hubs where people can find all types of gifts and unique items.

The Painted Bear in Green Mountain Falls is one of the regions newest stores that has quickly became a favorite. Inside the store, people can find all sorts of items from carved bear statues to unique paintings.

The Cowhand in Woodland Park has remained strong in the city for the last few decades. The store is still open and people can find anything they want when it comes to Western-style wear and other gifts.

Miss Priss’ Boutique is another good spot for women’s clothes, and Vicki’s Home Décor next door has just about everything needed to decorate a home. For furniture, people love to shop at Tweed’s Fine Furnishings and William’s Log Cabin Furniture.

The Brazenhead Marketplace in town is rather new and people can find anything from wagons to local raised meat. The Our Reserve Gallery is another new business and it features art masterpieces made from a variety of local artists.

For music lovers, Rocky ‘n’ Roll Music seems to have just about whatever a musician could want. The Mountain Vapor Lounge and Vapor Bay provide those who vape with everything they need as well as a spot to hang out.

For groceries, people seem to like the big box stores like Safeway, City Market and Walmart. However, others prefer to shop at the smaller stores such as Natural Grocers, Mountain Naturals, the Florissant Mercantile, or the Venture Foods in Cripple Creek or Divide.

Further up the mountain, the entire city of Cripple Creek has several stores along the main strip to check out. Among these, Creations Everlasting and the Trade and Transfer Company seem to be very popular. Maudie’s Incredible Emporium also features some amazing and rare work by Colorado artisans and antiques.

Victor is also starting to become more of a shopping hub with their antique stores and other shops. The Victor Trading Co. and Manufacturing Works is a favorite as they are one of the only places that make and sell custom brooms.

On the northeastern side of the county, the Ute Pass Historical Society has a nice gift shop with a plethora of local history books. The organization also has a building in Green Mountain falls where some items can be purchased on weekends during the summer.

The Dinosaur Resource Center is another favorite spot to learn in Woodland Park. The museum features gifts and several events during the summer.

In Cripple Creek the heritage center located before getting into town hosts some of the best views in the area. The Cripple Creek Heritage Center is open every day and has a large museum where people can learn about the history of the mining district.

The Cripple Creek District Museum on the east side of Bennett Ave. is probably the biggest museum that celebrates the city’s history. They have an awesome gift shop and they hold events such as live music throughout the summer.

The city also has one of the country’s only museums that is purely focused on red light districts. People can go to the Old Homestead House Museum to learn about another side of the town’s history.

The city also has their Jail Museum and the Fire Station Museum which are open for more hours during the summer. People can go to one of those two city-operated museums to learn more about the firefighters, police, and criminals of the town’s past.

The city of Victor has probably some of the most historical significance around. The Lowell Thomas Museum offers tours around town to all of the historical spots as well as a large museum with interesting artifacts.

All in all, Teller County has a lot more to do than just recreate in the outdoors or take the risk at a casino. During the summer, proves to be the best time to experience some of these non-gaming businesses in the region.