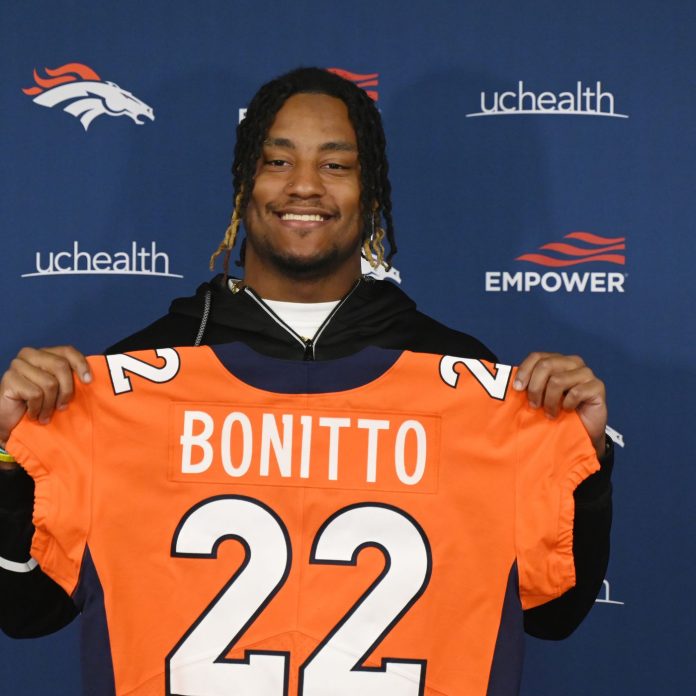 Rookies To Show Their Stuff In Pivotal Season

This wasn’t the best year for the Broncos in the draft, but they made the best of it with the late picks they did have.

If you remember, the Broncos gave up a 2022 1st, 2nd, and 5th round picks, plus Tight End, Noah Fant, D-lineman, Shelby Harris, and Quarterback, Drew Lock to get Seattle Quarterback, Russell Wilson.

In fact, the Broncos actually got a couple players who have the potential to come right in and make a difference.

The first pick the Broncos had in the 2022 draft was in the second round. With that pick they chose Oklahoma Outside Linebacker, Nik Bonitto. Bonitto is 6’3” and 248-pounds. In 2021 he was Named Big 12 Defensive Player of the Year by Pro Football Focus. He has great speed and agility.

How Bonitto will fit in the Bronco defense is unclear at this point. He sure isn’t going to displace Bradley Chubb on the outside. Bonitto is very good at stopping the run and as long as he can keep those giant offensive tackles from pushing him inside, he should be great at stopping running backs from exploiting the outside.

The Bronco’s second pick in the 2022 draft was UCLA, Tight End, Greg Dulcich. The coaches see a lot of potential in Dulcich. Bronco Offensive Coordinator, Justin Outten, said he sees Dulcich is not only an extremely athletic player, but also he is adjusting well to becoming an NFL player.

He said, “Greg has done an excellent job of learning the small amount of the game plan that was presented to him. He’s on his details.” Dulcich is 6’3” and 245 pounds so he’s a big guy for a tight end. He averaged over 17-yards per catch during his time with UCLA. Dulcich has good hands and is the kind of guy who can muscle out defenders in short yardage situations. Think third and goal.

Another player the Broncos picked up in the fifth round is Montrell Washington. Washington is a wide receiver from Samford University. He’s 5’ 7” 170-pounds and has lightning speed. It’s unlikely the Broncos will use Washington as a wide out, but he may well be the answer to the Bronco’s return game.

Of course. all of this is strictly speculation at this time.

But  in my opinion, the best player the Broncos got in the 2022 draft is Greg Dulcich. He could very well be the answer to the Broncos past lack luster performance in short down situations. And after all, third and short is critical. That is how you keep the ball out of the hands of the likes of Patrick Mahomes, Justin Herbert, and Derek Carr.