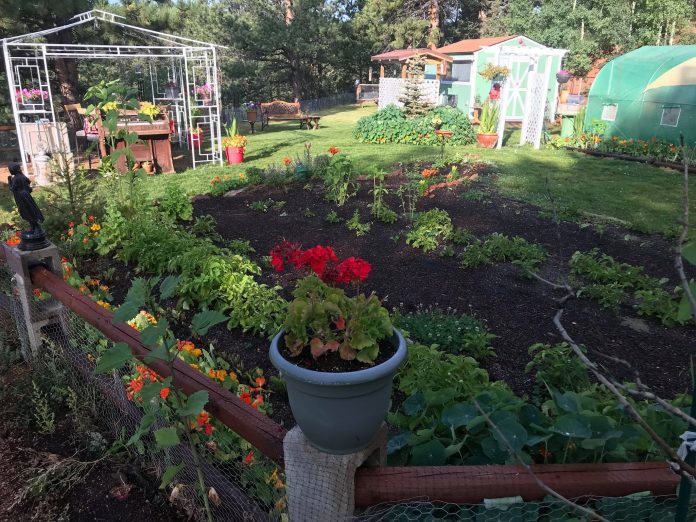 The spring season is known by most people across the country as the prime time to start that garden for the summer.

People in most places can start building their gardens to grow vegetables, spices, herbs, or any other plants right as the season turns to spring.

However, those that live in Colorado’s high country know that gardening at high elevations can be quite different. For one, the growing season above 8,000 feet in elevation is much shorter as it starts to warm up much later and cool down sooner. Plus, the rocky soils in the mountains are not the best for some types of plants. The dry conditions and the fact that there is virtually no humidity in the air are also factors that make gardening at high elevation extremely difficult.

Despite these obstacles, there are some local gardeners that prove it is not impossible. Divide resident and former TMJ staffer Charlie Chambers is one local gardener that seems to have dialed in the code to effectively growing vegetables and other plants at elevations around 9,000 feet in the air.

Chambers started his adventures with high altitude gardening about four years ago and he said it took him some time to master the art. In late 2020, Chambers survived a battle with COVID-19 that took him several months to recover from. 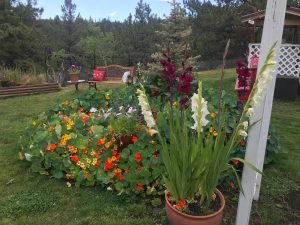 While he was nursing himself back to health, he got more into gardening because that was one of the few activities he could still pursue. Last summer, Chambers definitely took his garden to a new level when he built several gardens on his property including multiple greenhouses.

Chambers was successfully able to grow a slew of vegetables, spices, flowers and other plants from his Divide property at around 9,000 feet in elevation. He said the things that grow the best for him in his unique environment are various kinds of potatoes, tomatoes, several kinds of lettuce, including Bok choy, beets, squash, cucumbers, Swiss chard, and kale.

He said that one of his keys to success is what he puts in the soil he uses. “A lot of it depends on moisture and the soil makes a big difference,” Chambers said. “I found for whatever reason that my best soil is made with really, finely decomposed bark chips. But, you mix that with various composts like mushroom composts I really like. You can also mix it with dairy compost but it has to be grass-fed because we are keeping it totally organic with no chemicals used whatsoever.” 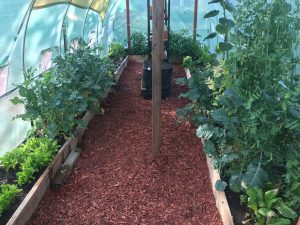 Another question Chambers gets asked a lot is how he keeps rodents and other wildlife from eating or otherwise ruining the vegetables in his garden. He said that he has had to take steps to fend off critters with what he has called his “homeland defense” system.

“I have this sprinkler system that Amazon sells that detects any motion,” Chambers said. “You got to remember to turn it off when you go down to the garden though, because I have had showers many times. But anyway, it will shoot 60 feet and the minute a deer, elk, bear or any other wildlife that size walks near the garden, it gets sprayed and ran off from that sprinkler system.”

To keep smaller animals out, Chambers said he uses hardware cloth which is wire fencing that is a half inch by half inch. He said he puts the wire fencing around the entire perimeter of his fenced in garden. 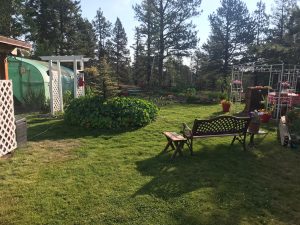 He said that he only has a low fence surrounding the garden and rabbits will not jump over the fence. But he did say, his garden’s biggest enemies are the chipmunks in the area because they will climb over his fence and into the garden.

Chambers has not quite started his garden this year, but he has been getting his plants started inside his greenhouses. In fact, anyone can purchase a starter tomato plant from the Chambers’ garden at Mountain Naturals in Woodland Park.

This August, Chambers’ garden will also be featured in a high altitude home garden tour of the Ute Pass region.