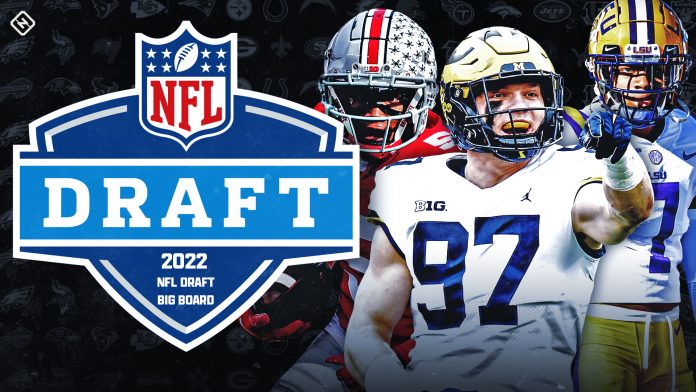 This is the first year since 2013 that a quarterback was not taken as the first overall pick in the NFL draft. Of course that doesn’t matter to the Broncos, since they gave up

Having secured Russel Wilson, the Broncos draft capital dropped substantially. Not having a first-round pick means many of the top college prospects that you would like to have a shot at are already off the board.

The biggest holes for the Broncos to fill in this year’s draft were: Defensive line, offensive right tackle, inside linebacker, corner back, running back, tight end, and outside linebacker.

Many players who could have filled some of the holes in the Bronco lineup fell before the Broncos had a chance. By the time the Broncos made their first pick (64 overall), four of the top 10 offensive tackle prospects were already gone. Seventeen defensive lineman standouts and 8-corner backs were gone before the Broncos picked.

The Broncos are pretty well set at the running back position, since Devontae Williams and Melvin Gordon are returning to the team, but as Head Coach Nathaniel Hackett has said, “You never have enough running backs.” Only three running backs were drafted before the Broncos picked at number 64 overall.

While many top players fell, the Broncos were able to start addressing needs. With their first pick the Broncos took Oklahoma edge rusher Nik Bonitto. Bonitto is 6’3” and 248-pounds. He was not a sack leader for the Sooners during his time there, but he did have a 28.9 percent pass rush win rate and was No. 1 in 2021, according to Pro Football Focus.

As for filling needs as a whole, the Broncos did the best they could with their low draft picks. They added, Greg Dulchih, from UCLA at tight end, Demarri Mathis from Pitt at corner back, Eyioma Uwazurike, from Iowa State at defensive end, Oklahoma safety, Delarrin Turner-Yell, and two Wisconsin boys, defensive end Matt Henningsen and cornerback Faion Hicks and Samford wide receiver/ kick returner Montrell Washington.

Washington is of special interest to Bronco fans who have been aching for a good kick/punt returner for years. He was named an All-American return specialist as he averaged over 20 yards per return. Standing 5’9” and 181 lbs., Washington joins the Broncos as a return specialist and competitor for snaps as a depth receiver. While undersized, he’s a good, shifty athlete who ran a 4.48 40-yard dash with a 1.6 10-yard split and has the elusiveness to make tacklers look foolish in the open field. He should be able to compete for the Broncos’ punt return job out of the gate.

The draft is just the beginning of building a new roster and evaluating players. One thing to keep in mind for the next few weeks is that the Broncos have a history of picking up diamond quality undrafted rookies. Just look at some player the Broncos have picked up in the past. Here are just a few undrafted gems from the Broncos past. Kicker, Rich Karlis, wide receiver Steve Watson, wide receiver Rod Smith, defensive linebackers Shaquil Barrett, and Wesley Woodyard, running back C. J. Anderson, and of course fan favorite Phillip Lindsay.