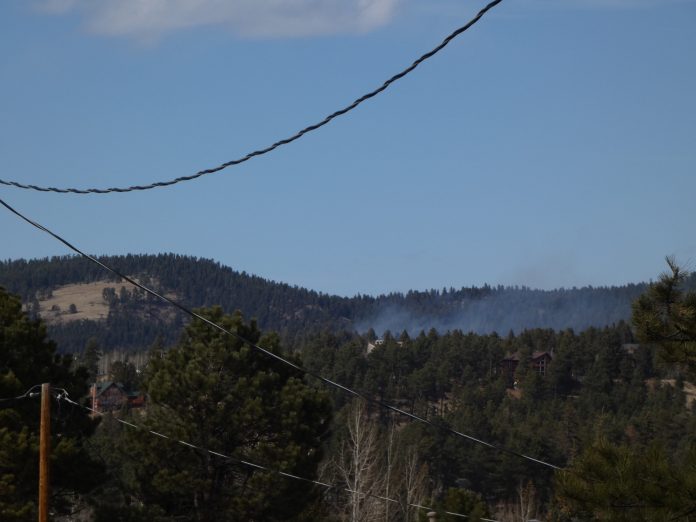 As the season changes and temperatures slowly rise, recent events make it evident that the fire season is already here. The recent increase in hurricane-speed winds and the lack of significant rain or snow fall has created extremely terrifying fire danger conditions across the state.

In fact, last week there were a spree of wildfires that plagued southern Colorado many occurring in one day. Several of them occurred right here in Teller County.

On April 10, parts of Teller County southwest of Cripple Creek were evacuated due to a wildfire. According to text alerts sent out by authorities, a fire started in the area of County Road 89 past the Mountain View Adventure Park on the west side of town.

About 20 people in total were evacuated from their homes, but no structures were impacted. The fire was said to be started by an unattended campfire.

Sullivan said that the person who started the fire was not charged because he was having a campfire in a spot where it was allowed. “There were no fire restrictions in place at the time,” the commander said.

Earlier that day, another wildfire ignited near Bear Trap Ranch on County Road 112 just east of Guffey. The Four Mile Fire Department was the first on scene during the blaze that was contained after it grew to about seven acres.

According to Four Mile Fire Chief Jay Teague, the fire was started accidentally by a resident of the area. “We are just making assumptions, but it seemed pretty obvious that the fire started from old coals that were smoldering,” Teague said. “The property owner had a bed in the back where they dumped their coals from their wood stove and then they would put water on it. It is possible that he didn’t put enough water on it and it was still smoldering when the wind kicked it up. But, it appeared to be 100 percent accidental in nature.”

Shortly after the two fires struck the area, a burn ban was put in place in Teller County. Later last week, the county commissioners officially instilled a countywide Stage 1 fire ban, and enacted a resolution, affirming their position. This prohibits open campfires and heavily restricts outdoor smoking and grilling activities and bans fireworks and trash burning. During the resolution discussion, the commissioners pleaded with local residents and visitors to comply with stern safety guidelines.

But only several hours after this measure was enacted Woodland Park area residents were shocked when alerts came out saying that yet another wildfire had broken out in Teller County. Just before 3 p.m., local law enforcement agencies put out an alert saying that there was a fire off of Mills Ranch Road just north of Woodland Park. 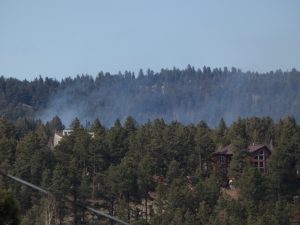 Several local fire departments quickly responded to the scene. Just after the fire started, eight residents in the area were evacuated and a number of other subdivisions were put on pre-evacuation status.

The fire burned fiercely as high speed winds and dry conditions plagued the area. However, once the sun had set Thursday evening, roads were reopened and fire crews had the fire 25 percent contained. 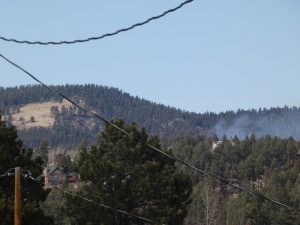 Last Friday, the Teller County Sheriff’s Office announced that the fire had reached about seven acres and that it was still 25 percent contained. Fire crews spent most of the day on the scene Friday mopping up the rest of the fire. The cause of the fire is still unknown.

With the high speed winds lately, fire danger in the area has been extremely high. Currently, there is a fire ban in place that bans outdoor smoking and open fires. 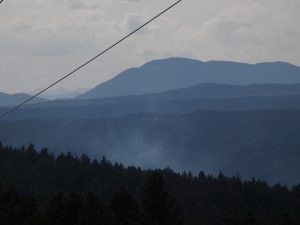 Many local residents are concerned that fires have been started too early in the year. If weather conditions don’t change soon, the summer season could be riddled with local wildfires.

People are asked to be mindful and cautious when it comes to anything that can spark outside. Many local residents remembering fires that have plagued the region in the past are actively taking steps to reduce wildfire risk for the upcoming season.