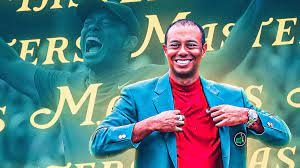 The 86th version of the famed Master golf tournament in Georgia  last week represented the official kick-off a popular Spring ritual in sports.

But this year, it meant a lot more, it became  (what the 15th or 20th comeback of Tiger Woods), who has emerged as the leading active playing ambassador of the sport. Tiger electrified sports fans, when he announced he was competing in the tournament, a little more than a year from his near fatal car crash, and when  he faced a probable leg amputation. This shocked media scribes, his friends and golf fans from around the world.

Let’s face it: Fans could have cared less about the Masters championship showdown between Scottie Scheffler and Cameron Smith.  That’s right, Scottie is the number-one ranked player in the world. Who cares?  Neither of these two are going to win any titles for Best Personality.

Fans wanted to see the 46-year-old legend hobble around the course, and compete in a slightly different manner, as he could no longer conquer Augusta with brute force.

For two days this occurred in amazing fashion, until Tiger lost his putting touch on Saturday, probably due to a lack of competitive rounds. In fact, during the first round, Tiger was only several shots shy of the leader.

Tiger has had an unusual and almost mystical relationship with fans.  He recorded probably the best golf ever played on the planet for about an eight-year run, when virtually every major championship turned into Tiger versus the field. His competitive stride even surpassed that of such sports legends as Kobe Bryant, Michael Jordan and Tom Brady. He was somewhat stand-offish with the media, which even seemed to make his image more mystique. I remember him well during his debut press conference in Colorado when he first played at the International tournament at Castle Pines, outside of Castle Rock. Tiger kicked the media’s butt and refused to take the bait, when one reporter tried to stir up a little bad blood between Woods and John Elway regarding the outcome of a previous round the two played in.

His style was so different from rival Phil Mickelson, who loved signing autographs and evoked images of Arnold Palmer with his demeanor.

As we all know, Tiger encountered a major fall from grace with the surfacing of numerous post-marital affairs, his woes with pain pills and constant back problems. Golfing great Lee Trevino once stated that a swing like Tiger Woods’ could only endure for so many years. Lee was right.

Like many of his contemporary players, Tiger resorted to a more modern, compact power-surging motion that created super long drives, but can pose health problems down the road.

But in recent months, Tiger has experienced an absolute love affair with the public. He received nothing but praise for his recent Hall of Fame induction speech, when he displayed a humble side many never experienced before, along with a genuine appreciation of the sport’s traditions. He even told a few stories of getting discriminated at courses during his junior years, when he couldn’t set foot in the clubhouse because of his skin color.

Tiger’s response:  Tell me where the first hole is, and what is the course record.

In recent interviews, he has demonstrated a dry sense of humor that has many scratching their heads. Is this the same Tiger we knew before?

He has definitely displaced Mickelson as the leading ambassador who still plays. Phil, known as “Philly Phil,” always has been a fan favorite.  But that status is now in danger due to a bizarre controversy over Phil’s comments  several months ago in endorsing a competitive Saudi-backed professional golf league, as part of gaining leverage in his battle with the PGA Tour. Phil even admits he is concerned about the Saudi’s human rights violations. But he contends this is the one opportunity he has to fight the leading powers of the PGA for  more player rights. Bad move, as the outrage he encountered from his stand has endangered his future status, and forced Phil to take an extended hiatus from the sport. He didn’t compete in this year’s Masters for the first time in several decades.

As a result, Tiger has suddenly become the shining beacon of the PGA Tour and the sport, while Phil is looking up from the gutter.

Tiger’s  heroic image was in full display during the Masters, probably the one tournament many non-golf sports fans watch. Nothing like the last nine at Augusta on Sunday.

Only this time, fans were clearly focused on the Prowling Tiger, who actually won the tourney in 2019 to capture his 15th major championship. Television broadcasters had a real challenge, in trying to focus on the leaders, who no one other than their extended families really cared about; and then showing images of Tiger, even though he was no longer in contention during the weekend.

Tiger hopes his latest comeback mimics the antics of former great Ben Hogan, who also suffered a near fatal car crash after ascending  to the top of the golf world. Hogan, still considered the greatest golf striker of all time, restricted himself to a handful of tournaments a year after returning to  play in the early 1950s.

That formula worked until Ben incurred a bad case of the Yips on the greens and could no longer putt.  Hogan too had an oddball relationship with the media, who still refer to him as “Mr. Hogan.” If  you ever travel to  Scotland, virtually every elderly caddie there  sports a Ben Hogan story, almost as if they had a personal relationship with the guy.

Will see how Tiger fares.  His swing looked great and from tee to green, he was impressive.

But how many lives can this Prowling Cat Endure?

Speaking of golf:  Woodland Park’s Shining Mountain is now back for the season, so get out there and stretch out your links legs and hit a few or many shots. The course, driving range and putting/chipping area are open for full play and practice, along with the favorite hole of them all: the SM bar.

But as in the past years, and a way to preserve the turf, the course is operating under a cart-part-only policy for cart users.

Nope, the course doesn’t compare with Augusts, but probably ranks as one of the most unique and challenging short courses in Colorado. And for disc golfers, few tracks can rival Shining Mountain.

Golfing fever has arrived in the High Country.